It never really took off, so desi celebrity culture hasn’t crashed and burned. This may be good news for us all 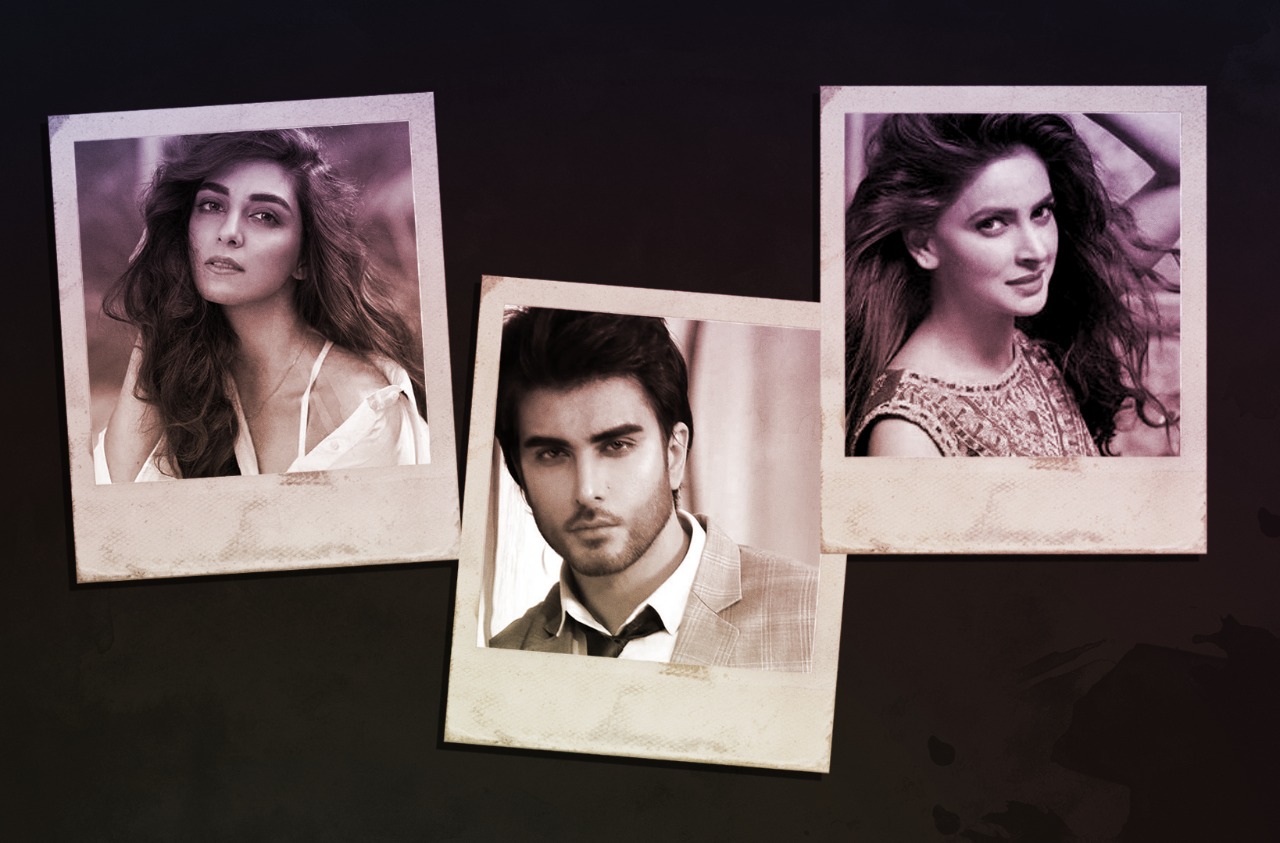 KARACHI: Log on to Instagram these days and you’ll catch a glimpse of Maya Ali scrubbing the staircase of her well-tended home. Ahad Raza Mir is posting throwbacks to his wedding. Saba Qamar is launching a YouTube channel, Mehwish Hayat is writing inspirational captions. The combined Instagram following of the people I’ve just listed tops 10 million accounts, which is another way of saying they’re celebrities, superstars. Thanks to social media, we’re getting an insider’s look at how they’re dealing with Covid-19.

In addition to being a sinister and suffocating killer, the novel coronavirus has upended nearly every aspect of our daily lives, including how we engage with those individuals who’ve had the talent, connections and plain luck to be more famous than the rest of us. In the western world, celebrities have swiftly become the focus of discontent rather than awe. As their fame enabled them to avail of scarce testing kits and their wealth allowed them to shelter in comfort, they faced a backlash from the unfamous audience that would celebrate them on any other day.

Ellen Degeneres was chastised for posting videos in which she sulked in her million-dollar mansion. Pharrell Williams was criticised after calling for relief donations; fans wondered why a wealthy artist like himself couldn’t foot the bill on his own. A recent article in The New York Times declared that “celebrity culture is burning,” and it’s true: the rage that rains upon hedge fund managers and CEOs has at last landed on the entertainer.


I was curious if celebrities in Pakistan might suffer a similar fate, but the truth is, they have not.

While some celebrities have been called out – most notably, designer Maria B., who was dragged for sending an employee allegedly infected with Covid-19 back to his hometown on a crowded bus – our collective reaction to famous people dealing with Covid-19 has been more mixed than what we’ve seen in the west.

Read: Weeping Under Chandeliers: a study of the recent offerings of Maria B

Why though? This owes to the station of celebrity in Pakistan being a complicated, messy, many-layered thing.

In Pakistan, the classism we inherited from our colonisers married the religious conservatism we imported from our westerly Islamic brethren and then befriended the economic inequality we brought upon ourselves; all this produced a twisted relationship with the modern entertainment celebrity.

The actor is sneered at for engaging in what is still deemed a socially ‘undesirable’ and religiously ‘dubious’ profession whilst simultaneously being envied for their wealth and resulting socio-economic mobility.

Evidence of this attitude is all around us. Just recently popular musician Ali Sethi was insulted by a follower on Instagram; the slur cast upon the singer is a label commonly used to discredit men in the arts. Women in entertainment who wear western clothes or dare to reveal an inch of calf are followed by millions of thirsty fans on social media, sure, but the same fans insult and threaten them in the comments section.

This unfairness has seeped into the psyche of the entertainer as well: over the past year two prominent male celebrities, Hamza Ali Abbasi and Feroze Khan, announced they’ll be stepping away from entertainment in favour of religion, as if the two were mutually exclusive.

I use to be very outspoken, very loud. As i get close to Allah, all of that has vanished. Now I tremble & think a million times before i say something publicly for every word i write, i know ill be held accountable by the king of all kings, my creator, my God, my Allah.

Read: Hamza Ali Abbasi wants to quit acting and spend the rest of his life talking about God


When it comes to a career in entertainment being normalised, the needle has moved a little… but not much. And so, the Pakistani celebrity is not taken as seriously as the western entertainer, neither is he universally idolised – well, not unless he styles himself as an evangelist. Which is possibly why male celebrities are eager to explore that route.

In America, arguably the birthplace of mainstream celebrity culture, the importance of being famous (and fame’s attendant privileges) has ballooned so outrageously that it was inevitable the bubble would burst. In contrast, celebrity culture in Pakistan is far from reaching its peak.

Here, the ecosystem that breeds, supports and sustains celebrities in the form of talent managers, content creators and image consultants only began to formalise itself in the past decade. Pakistani celebrities are not as untouchable as established celebrities in the west. In addition to fielding a general bias against their profession, the Pakistani celebrity must contend with delayed payments, little legal recourse in case of non-fulfilment of contracts, physical insecurity and a host of other problems that the western entertainer may be better protected from. Our entertainers have only just begun to realise their influence, and we, the audience, have only just begun to register their presence in our lives. Having never fully experienced celebrity saturation, we aren’t fatigued enough to reject it.

Unfortunately, unless some trends are corrected, we’ll remain ill-equipped to critique celebrity culture. A western celebrity’s ascension (and any resultant outrageous behavior) is now checked by an increasingly hawk-eyed press… which sometimes yields big victories, like Harvey Weinstein being convicted for sexual harassment.

Our entertainers have only just begun to realise their influence

This scrutiny has also led some western celebrities to be more mindful of their public behavior, leading them to leverage their considerable influence to achieve tangible results for marginalised people. Rihanna, for example, just donated $5 million to coronavirus relief efforts.

The situation in Pakistan is much different at the moment. Cash-strapped media organisations don’t have the resources to consistently support smart culture criticism. Aggressive yet necessary investigative journalism is beaten back by threats of legal action. All of which allows celebrities to operate unchecked, and opens the door for them to use their relative privilege in ways that may harm us. We’ve seen some of this harm already, and it ranges from casual sexism to outright abuse.

Just last week, well-known cleric Maulana Tariq Jameel was criticised for making a dubious remark about women’s attire and Covid-19 during a telethon. Numerous celebrities spoke up after the fact to defend him, saying that he should not be expected to apologise or clarify his statement. Imran Abbas tweeted: “We love you Maulana Tariq Jameel Sahab! You don’t owe any apology or clarifications to those who misinterpreted your message.” This is the sort of celebrity behavior that should be checked, for it sends a dangerous message that famous people need not be held accountable for their actions.


We love you Maulana Tariq Jameel Sahab! You don't owe any apology or clarifications to those who misinterpreted your message. May Allah be with you.https://t.co/8WfKkKVA3U pic.twitter.com/oYlIgfdkno


Covid-19 is forcing the western celebrity to alter their trajectory and rethink their place in society. The Pakistani celebrity’s station is more malleable, their path forward not yet so defined. I don’t mean to suggest the spread of coronavirus has a silver lining. However, since celebrities will likely be sheltering in comfort, this may as well be seen as a rare opportunity for both entertainer and audience to redefine the terms of their engagement.

This is not necessarily an appeal for Pakistani entertainers to dig deep into their pockets and show us the money. This is not an appeal for celebrities to hold forth on topics they have little expertise on, like fiscal policy or gender politics. In fact, please don’t.

But it is a call for desi entertainers – and their fans – to reflect on how best to focus their energy in our changed world.

Some Pakistani artists are already dipping their toes into a new, reflective state. After she was done sanitising her home, Maya Ali announced she was taking a break from social media to find inner peace. Mahira Khan announced a similar social media hiatus. Adnan Malik is hosting a series of ‘Meaningful Conversations’ and many others are collecting funds and working with local authorities to distribute rations.

Taking a break from social media, for a little bit.
In times such as these ( and otherwise) just remember –
Sabr, Shukr and Tawakul ♥️

Some are simply using their platforms to urge followers to stay at home, which is fine too. The entertainer doesn’t have to have all the answers, and it’s useful for them to realise precisely this, so they might pass the mic to someone who knows better. In 2019, during America’s crippling government shutdown, Cardi B. famously said, “I feel like we need to take some action. I don’t know what type of action, because that’s not what I do, but b*tch, I’m scared. This is crazy.” If a celebrity doesn’t know any better, that kind of honesty is enough.

We were once a step behind global entertainers. Witnessing their fall from grace and learning from it may allow us to emerge a step ahead.