On her talk show, Iffat Omar forced Meera to reveal her real age and asked other sexist questions 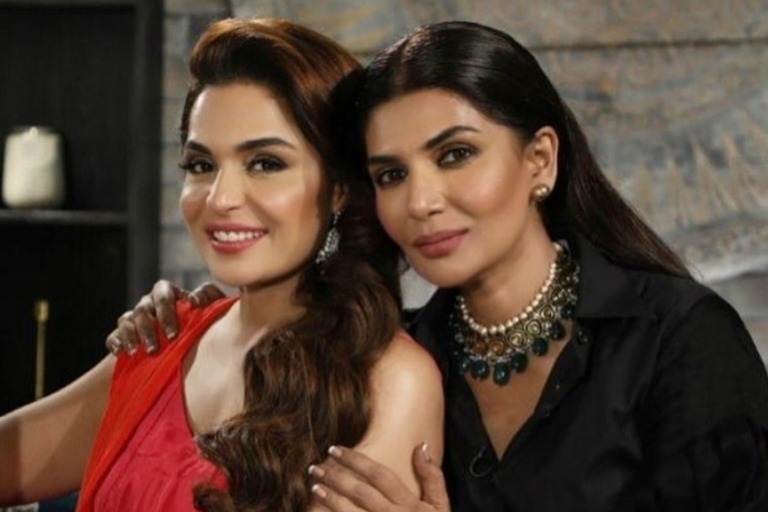 KARACHI: Anyone who knows actress Meera knows she hides her real age.

And why wouldn’t she? Clearly there is an age limit on women and the kind of roles they can play. We have older actors like Adnan Siddiqui and Humayun Saeed who still romance young actresses and get to play leading roles but women have limited options after they’ve crossed a certain age. Even someone like Mahira Khan was told by a senior actor, Firdous Jamal, to play the role of a mother instead of lead roles.

And who better to play the lead role in a film about an aging actress? Baji by Saqib Malik sheds light on that very phenomenon and Malik has gone on record to say that he made the film for Meera, and that he wouldn’t have made it without her.

In fact, he also said this on Iffat Omar’s talk show, a clip of which is doing rounds on social media nowadays. In the video, Iffat can be seen forcing Meera to reveal her real age. And Meera jee CLEARLY looks uncomfortable. She’s stuttering, refusing to answer the question and it almost seems as though Iffat is bullying to get the answer out of her.

This whole segment is so ironic because the interview starts with Iffat acknowledging the ageism that exists in our industry and then halfway through, she proceeds to make the show all about Meera’s age. In fact, Iffat also asks Saqib when ageism against women will end in this part of the world. Um, how about we start with your show, Iffat?

It’s quite frustrating to watch the entire interview because Iffat is borderline aggressive and won’t Meera finish her sentences, whether it’s about her age, or about “how many husbands she’s had” (yea, that was also another question that Iffat seemed to insist on getting an answer for).

Thankfully, Meera jee holds her own, and Malik supports her. They both reiterate that knowing someone’s age is irrelevant, and we think so too. Unless it’s for medical reasons, someone’s age should not matter.

But why do women hide her age? Why won’t Meera just answer the question? Because in a patriarchal society like ours, a woman’s worth is tied down to her desirability and her fertility and both these things are affected with age. The minute a woman mentions that she is 30 or older, many doors (professional as well as personal) do close for her. And why should Meera take that fall for everyone, why should she be held responsible for bringing a change by revealing her true age, so that others can follow her example. Isn’t she already doing that by still being as relevant, beautiful and interesting as any of her younger contemporaries? Why is the onus on her?

Onus should especially be on women like Iffat, who should not be perpetuating the same stereotypes that Meera and her film Baji tried to fight against.