Shamoon Ismail: To cancel or not to cancel? 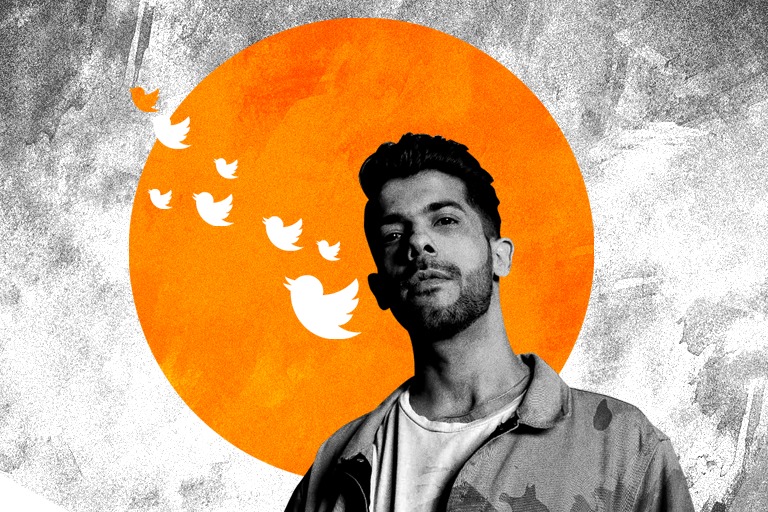 KARACHI: “Cancel culture needs to be cancelled,” is something a lot of people, especially celebrities, say, and one can find some logic in that. We are human beings, prone to making mistakes and then learning from them. But doing away with cancel culture also means that public figures aren’t held accountable for problematic things they say and do. Basically, they get a clean chit.

It sounds a lot like “We did/said something stupid but we don’t want to be forced into apologising for it so do away with cancel culture so that we can be our usual insensitive/racist/sexist selves and still thrive in our careers.” Ironically, it’s the problematic celebrities who say stuff like this in the first place.

Which brings us to Shamoon Ismail, the man of the hour, or at least he was right before the world shut down because of COVID-19. Shamoon has had a very interesting trajectory – his music slowly became popular among the younger Pakistani population, and one can see why. His ‘Punjabi blues’ are unique, his lyrics are a mix of English, Urdu and Punjabi and he uses interesting analogies (calls his lover ‘marijuana’). Not to mention his soft vocals and good looks have made him an instant hit especially among young girls.

Now, he has sold out concerts where audiences sing along and know every lyric. It’s quite magical really. Not many contemporary, young artists have managed to build a name for themselves like that, using original music.

Which is why when a few days ago Shamoon put out an alleged racist tweet regarding the current pandemic, Twitter was divided over whether to ‘cancel’ him, or forgive him. Because he deleted his tweet and then apologised for it too.

I never mean to be insensitive. Apologies if i hurt you.

Because Shamoon has been a hot favourite, people are usually quick to forgive him. But this time around, people are saying that it’s a pattern with him: He tends to tweet problematic things, then deletes them and apologises. However, how sincere is that apology? Taking a look at his recent apology, one can see that he’s apologising because people got angry, not because he realises that he said something racist or inappropriate.

For instance, he did something similar last year.

He made a reckless statement,apologized and that's about it. Wasn't cancelled.

Twitter users are saying that this has now become a pattern with Shamoon. Howvere, since his tweets have allegedly been deleted, we cannot verify them independently.

Funny how conveniently people around here keep ignoring Shamoon Ismail's consistently problematic tweets and the routine apologies. Why the hypocrisy?

Shamoon Ismail every other day says something problematic, apologizes and then does a similar thing. It's a never-ending cycle.
P.S. He is also an average singer.

But the bigger question that arises is regarding cancel culture in general: is it serving the purpose that it’s intended to serve? The idea of ‘cancelling’ a human being should be based on something so extreme that its unforgivable, and to assess that, one has to look at the context of what has been said if we’re cancelling people based on their tweets. Who was the statement against? Was it a marginalised community that doesn’t need to be punched down further? Was the tweet glorifying or inciting an act of violence? Was it sending death/rape threats? Was it abusive?

If the answer is no to all of the aforementioned questions, then it’s important to note how often the said celebrity is problematic. Do they keep saying sexist/racist/inappropriate things all the time? How often? If they’re apologising, is the apology sincere?

There has to be some degree in terms of punishment, and that should be based on the severity of what the celebrity has done. And if social media enables millions of people to become judge, jury and executioner, who gets to decide what is bad enough to get you cancelled?

One thing is certain though: if you’re apologising again and again for something similar, you’re missing the point of an apology. Perhaps it’s time to reflect, Shamoon.