The Platform review: A grotesque reminder of what caused the current pandemic 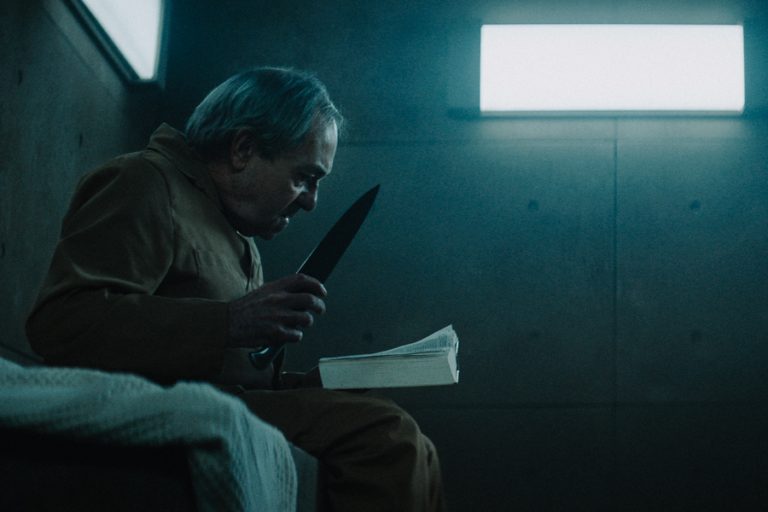 KARACHI: First things first, The Platform is an uncomfortable film to watch, for several reasons. We can tell you straight up that this film is terribly violent and filled with blood and gore. But if you can somehow manage to brave through that, what will make you even more uncomfortable is how true the film’s basic message is: those at the top simply do not care about those who live at the bottom. 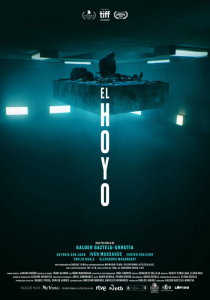 By saying top and bottom we’re obviously referring to social class. But in The Platform, a Spanish film originally called El Hoyo, top and bottom are levels in a prison where inmates are trapped. This long, vertical building has a table that descends on every floor, and the table is laden with food. It stops on each floor for a few minutes and then descends down so that people on each floor can eat. However, the problem is that because people eat more than their fare share of food (for various reasons), by the time the table reaches the lower levels, there is no food left. Prisoners are left to their own devices to try and survive. And you can imagine how violent it becomes. As the film says, hunger can make you do some crazy things.

Also, what makes this structure even more chaotic is the fact that the prisoners are shifted to different levels every now and then. Basically, you could be at level 3 on one day and have access to a table of food that has barely been touched (each floor has two inmates) and wake up on level 202 where there will never be any food left.

Yea, we know. It sounds like a mindf*ck. Which it is. And this isn’t even the scary part. Keeping the ominous soundtrack and haunting performances and characters aside, what will scare you is that you’ll find similarities between yourself and the villains in the film.

One inmate, Goreng, has a conscience and tries to break the system by appealing to people to help. But nobody wants to ration the food, they simply devour it when the table reaches them, with many saying they cannot beat the system, while others are scared that they might not get a chance to eat like this if they reach the lower levels. One would think the rotating system would create high levels of empathy, but all it does is make people more fearful for their own safety.

If you want to see how ego will kill us all and how being considerate will save us all, see 'the platform' right now on netflix.
humanity will only prevail if we act like human, with faith & reasons.

And isn’t that what we all have been doing all this time? A summarized explanation of how Covid_19 spread will explain how capitalism has brought us where we are today: Human being are being exposed to new viruses as we destroy the planet with fires, deforestation and pollution, which are all by products of capitalism and the rate at which we are growing our economy.

Climate change has been a hot topic in recent history but very little was done at state levels to ensure that the world slows down. And now we have a pandemic that is threatening to break every social fabric that we’ve constructed in modern history and even now, people are hoarding medicines, medical equipment and food.

It’s a very timely release. The Platform was released in 2019 but is trending on Netflix right now.