An insecure lawyer wants to shut down Aurat March

Apparently women marching for their rights is 'anti-state' and 'un-Islamic' but honour killings, rape and domestic violence are not 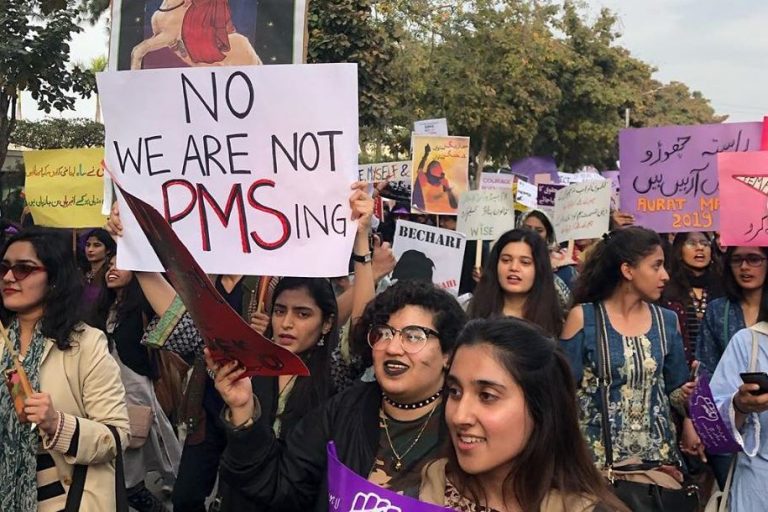 KARACHI: As International Women’s Day approaches, so do fears of men (and women) who work day and night to uphold the patriarchy. First on this list is Judicial Activism Council Chairman Azhar Siddique who has filed a petition to stop the Aurat March 2020.

According to Dawn, the petition claims that “there are various anti-state parties present who are funding this march with the sole purpose of spreading anarchy amongst the masses”. The petition also claims that the march is “against the very norms of Islam” and that its hidden agenda is to spread “anarchy, vulgarity and hatred”.

Read: The ‘dick pics’ sign at Aurat March was talking about an important issue: rape culture

Ultimately, the issue is with the supposedly vulgar placards on display last year and the year before that (but we all really know that the march is challenging the status quo and therefore, some men will go to any lengths to stop that from happening.)

This isn’t the only resistance the organisers are facing. Earlier, some posters were put up on a wall at Hussein Chowk in Lahore only to be torn down a few hours later.

I am shaking with anger at the moment. Some volunteers from @AuratMarch put up some beautiful posters for the March up today on a wall at Hussein Chowk and in LESS THAN A DAY they’ve been ripped apart and destroyed because our society can’t handle any ounce of feminism. pic.twitter.com/WBbOYZBOSx

Tearing up posters of a peaceful organization only shows insecurities deeply embedded within certain elements of society. Each poster that gets torn gives encouragement to hundreds of women to stand up for their long due rights. #AuratAzadiMarch2020 @AuratMarchKHI

But women aren’t having it.

Let's paste more!! 💪🏾 I'll put my poster online free to download like last year. Feel free to print and paste in your neighborhood. Talk to ppl about what it means– a Pakistan for women also. https://t.co/wezpU8hdUm

#InternationalMensDay: A meninist speaks up about the importance of having an entire day dedicated to men