'How can you question someone's patriotism?' asks IHC chief justice 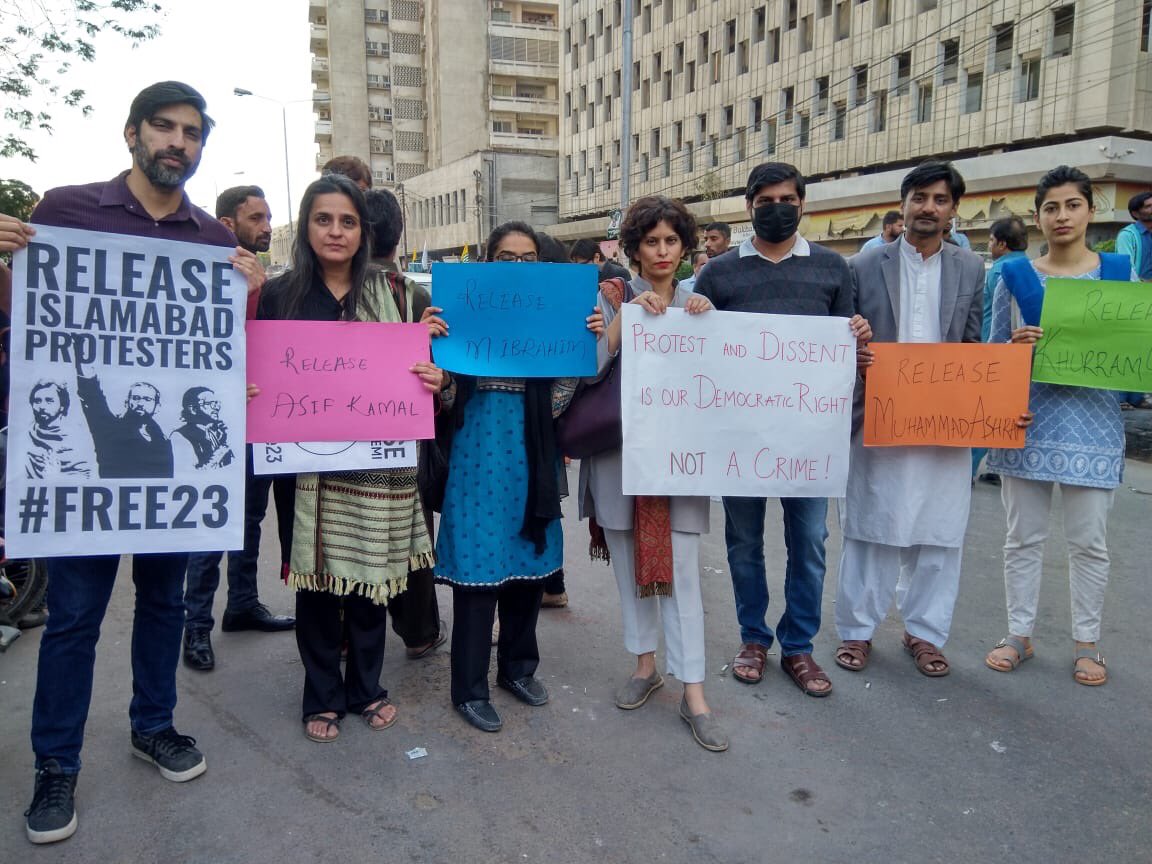 A group of people protesting against the arrest of 23 activists in Islamabad. PHOTO: Twitter/@nidkirm

The Islamabad High Court has granted post-arrest bail to 23 activists who had been detained last week for protesting against the arrest of Pashtun Tahafuz Movement (PTM) leader Manzoor Pashteen.

“How could you question someone’s patriotism? Do you think constitutional courts will shut their eyes on a matter like this?” said IHC Chief Justice Athar Minallah, according to Dawn. He went on to say that is the state’s job to protest its people.

The chief justice has given a week’s time to the deputy commissioner to come up with a report on the incident.

The activists were arrested last week and charged with sedition.

Here’s how Twitter is reacting to the news of the release:

"Do you know these are educated youth?"
"Do you know charge of sedition is a colonial era legacy"?
"On what basis have you charged them with terrorism? Where are the transcripts of their speeches?
"Youth is the asset of a nation."

The order of the Islamabad High Court for setting #IslamabadProtesters free is important for rule of law & constitutional freedoms. Will the misuse of draconian laws ( dealing with sedition & terrorism) against peaceful pol dissent stop?

I find the arrest and release of #IslamabadProtesters frightening in its own right wrt the whole process
A man leading a movement gets booked then people, who protest against him, get booked under "sedition" and then those who rally for their release are also heckled
Cntd

Some celebrations are in order for the bail of #IslamabadProtesters but let us not forget other political prisoners & lessons from this episode:
– repressive sedition law
– extra-constitutional influence of army on LEAs
– complicity of sessions judge
– deplorable state of prisons