Ammar Ali Jan discusses his sudden dismissal from the university, where he was working without pay 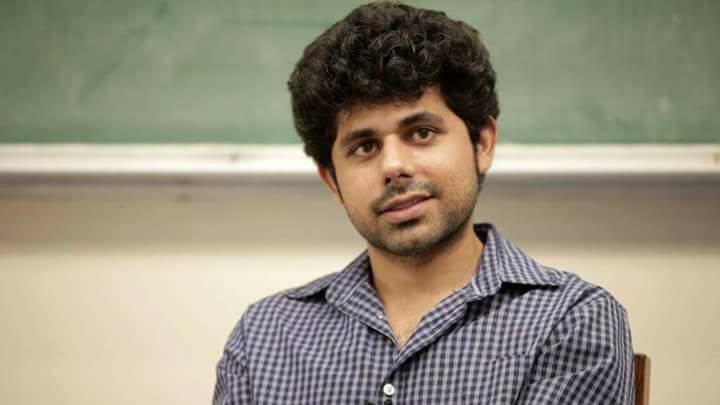 KARACHI: An assistant professor of the Punjab University (PU) took to social media on Saturday to announce that he had been let go from his post allegedly for “influencing” students and encouraging them to become vocal.

Ammar Ali Jan, who is a PhD scholar from Cambridge university, posted on Facebook post that the PU administration asked him “to disengage from teaching or coming to campus” or in simpler words: “you’re fired”.

Ammar was earlier cautioned by the PU administration for giving “unnecessary encouragement to students due to which they are becoming needlessly vocal”.

“I was also told that I pay too much attention to ‘non-issues’ like women empowerment and racial profiling,” he wrote.

Following is our one-on-one interview with the former assistant professor:

Cutacut: What exactly did the PU admin tell you about your termination?

Ammar: This had been going on for a while now and today they told me that I have been fired. When I reached my office, the door was locked and upon asking, I was told that I had to stop coming to university.

C: Did you get a chance to speak to someone at the university following the dismissal?

A: I did and all they had to say was that I was on contract and it got cancelled. They even said I was not a permanent faculty – a reason that’s just illogical because the responsibilities I was given can only be taken by a permanent assistant professor there. Besides, how can a temporary faculty member get an office?

“I was told that I pay too much attention to ‘non-issues’ like women empowerment and racial profiling.”

C: Did you do something to cause the admin to take such action?

A: Yes, they don’t want teachers to influence their students or make them think critically. I helped the students in organising a theatre play about sexual harassment of female students and held discussions on peoples’ movements such as the Pashtun Tahfuz Movement. I was told by the admin that I was going against national integration. They simply don’t want that students to start thinking critically. After we staged the play, female students got vocal about the harassment they face which the admin clearly don’t want.

C: Did you face any criticism, words of caution or even threats from the admin or any groups within the varsity?

A: I did but students from a religious student organisation were neutralised because my students were on my side and they resisted against the propaganda being spread against me. I was labeled a RAW agent but the situation got under control.

C: You said you were not getting paid since you started teaching at PU. Why is that so?

A: I, along with other teachers who are on contract, was fighting for our rights about that issue. It is a matter of workers’ rights and that’s why I was staying here despite not being paid for months.

C: Why did you choose a public university over a private where you could have earned a lot?

A: This is because of my ideology. There are some 40,000 students enrolled at PU from all across the country, and many of whom are from humble backgrounds. I have to give back what I gained. It’s my duty to spread knowledge to people who might not all be from a privileged class. I had decided doing that when I was studying at Cambridge that I would teach at a public university and not for money.

C: Are your students and colleagues supporting you following your dimissal?

A: Yes, my students are the main source of my protection. They are my defense mechanism and all of them are with me. Besides, a large number of professors have also stood with me against the admin’s injustice and we are going to continue our fight.

PU Associate Proffesor Khalil Ahmed, who has been given charge of looking at the matter, said Ammar had failed to submit his joining report due to which his contract stood withdrawn.

“Ammar was serving as a factulty hired on contract basis last November. He was due to submit his report which he did not,” he said adding that this is the reason he was asked to stop coming to the university. “We are looking forward to keeping him as visiting faculty but this decision will take time to materialise,” he added.

However, Ammar has taken to social media again and posted a copy of his employment letter given to him by the PU management. He denied that there was any shortcoming on his part on submitting the joining report.

Gender equality: Incoming class at LUMS to be called ‘First Years’ not ‘Freshmen’