OPINION: Why the media has been wary of reporting Jami’s rape case 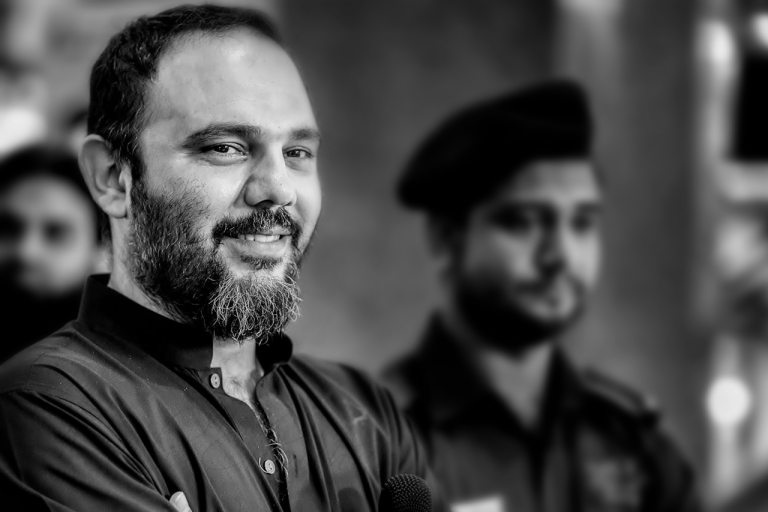 KARACHI: After receiving my second notice from the Federal Investigation Agency (FIA) this year, I had a moment where I regretted saying anything against Ali Zafar. Back in 2018, he was accused of sexual harassment by Meesha Shafi, a claim he has since denied. The two stars have been embroiled in an ugly public tiff since then as Zafar slapped a defamation case on Meesha in response. He also filed complaints with the FIA against several others, including the likes of me, for apparently defaming him. And at that point, with our broken justice system and my lack of funds to even hire a lawyer, I simply regretted ever picking a fight.

After that, another rape allegation came to light: A letter was read by filmmaker Jami at the Lahooti Melo in Hyderabad this year. The writer stayed anonymous but the letter gave painful details of how she was raped by someone famous in the industry. And while she did not name anyone, the details of her account gave rise to speculation that film director Sohail Javed was behind it. Javed slapped a defamation case on Jami in response.

And now, Jami has finally come forward with rape allegations of his own, and this has been a really difficult story to follow. Firstly, rape victims and survivors are rarely ever believed. People tend to side with those in power and in cases of rape, how can that ever be the victim?

And in cases in recent history, all outrage is saved for the victim. If it’s a child, people place the blame on the family for not protecting their own; if it’s a woman, her’s attire is scrutinised. Author Salman Rashid even asked how Jami allowed the rape to happen. Why didn’t Jami simply “fight off” the assailant? As though physical strength is the only reason why rape happens. FYI, it’s not. Sometimes, there are many things at stake – your safety, your job, your property and anything else you hold dear. Sometimes you’re so shell-shocked, it’s a very human reaction to simply freeze. The first couple of sexual assaults I faced, that’s what I did too. I froze and then cursed myself later for not reacting fast enough.

There are two men claiming they were raped by Hameed Haroon. I have a question: how can a grown man be raped by another individual? Couldn't they have fought him off. Hameed is not athletic at all. One punch in the solar plexus should have done it.
Or were these men willing?

Secondly, Jami is a man, and that’s what makes it even tougher. While women are finally coming to terms with their vulnerability in society, patriarchy hasn’t allowed men to take a look at their own behavior yet. His sexuality and his ‘manhood’ are being questioned after he claimed to be raped by another man. I can’t even count the number of comments I’ve read online that somehow found this news ‘funny’ or used it to mock Jami.

But the biggest reason why it has been difficult to report this story is because Jami, who has now finally named the perpetrator, has said that his alleged rapist is Dawn Group’s CEO Hameed Haroon. After only insinuating the name for weeks, Jami took to Twitter to take his name rather openly and criticised the media for remaining silent on the matter.

It wasn’t till Dawn covered the story themselves that other publications slowly started reporting the name openly. There are several reasons for this. Firstly, media houses have to be careful when writing about each other because in the past, it has been done to settle personal scores and therefore criticism did not seem fair or balanced but became mud-slinging of sorts.

Secondly, the defamation law is used as a silencing tactic. If we make one mistake when reporting, tweeting or conversing anywhere online, suddenly we’re slapped with a defamation notice that will go on in court for years and will buy our silence also. Therefore, words like ‘alleged’, ‘claimed’ or ‘reportedly’ have to be used, one has to make sure both sides have had the opportunity to give a statement, both have been given equal space in the story, and things like that. Dawn’s story gave Haroon’s full statement, which means that other publications can now cover the story without seeming like they’re siding with one (either the victim or the alleged perpetrator). Ideally, that statement should have been sent out to editors at leading publications, like other press releases are sent, and then everyone would have covered the story at the same time. But then the fact that Dawn even did the story in the first place is worth applauding.

Read: Jami shares painful details in first interview since revealing he was raped

Haroon has denied these allegations: “The story is simply untrue and intentionally fabricated at the instance of those who wish to silence me and through me, to compel the newspaper that I represent to support their repressive narrative. I am initiating legal action to clear my name and reputation, and to safeguard the freedom of the press by bringing to justice all those responsible for these false and malicious allegations against me,” reads the statement. The entire statement can be found here.

This piece may read like I’m trying to excuse the media, I am not. A few years into the industry, I now realise that there’s a fine line between journalism and activism and even though journalism will never ever be 100% impartial, it still has to look like it isn’t taking sides till the matter is proven in court, even if the other side allegedly has rapists on board.