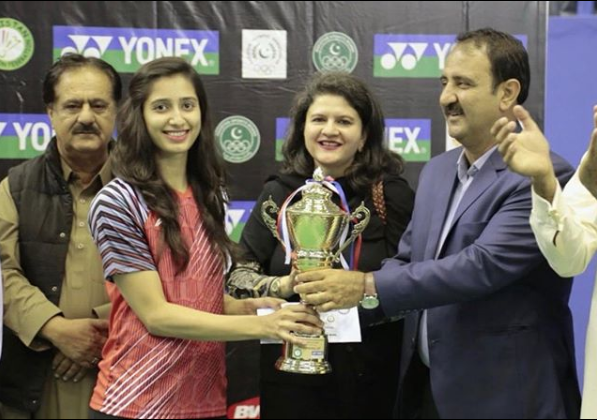 KARACHI: 23-year old badminton champion Mahnoor Shahzad has made her country proud as she has managed to win the Annapurna International Badminton Tournament that took place in Kathmandu, Nepal.

According to Pakistan Today, she defeated Nepalese Rashila Maharajan by  21-15 and 21-10 in the finals and was awarded the tournament. She also took to Twitter to announce that she won the only gold medal for Pakistan in this tournament. This isn’t the first time Mahnoor has made a name for herself as she earlier won the women singles in the Pakistan International Series 2017 and has also competed at the 2014 Asian Games, and 2018 Commonwealth Games.

Pakistan Badminton Federation (PBF) has further stated that the  Badminton Asia Confederation has decided to select Mahnoor Shahzad for Asia Olympic Project (AOP) program to train her for the next Olympics. Congratulations to the champion!

Pakistani Twitter has also been applauding her win since the news surfaced.

Yet another pearl in this ocean of talent I proudly call Pakistan.

Congrats
U make our Pakistan Proud