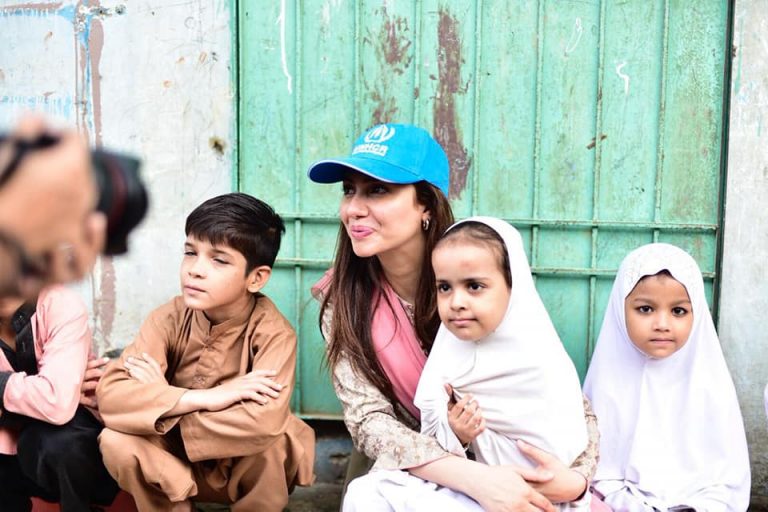 KARACHI: Mahira Khan has been appointed as the UNHCR National Goodwill Ambassador, the UN Refugee Agency announced on Wednesday.

Mahira has been actively supporting UNHCR’s activities for the last few years and has remained a strong voice for Afghan refugees in Pakistan.

They’ve been denied a home.. but we haven’t denied them hope. Pakistan has been hosting millions of Afghan refugees over several years and continues to do so, we have given them a home within our motherland 🇵🇰 #WorldRefugeeDay #UNHCR @UNHCRPakistan pic.twitter.com/olNs55kqtd

“I feel privileged to have been chosen to serve this noble cause,” Mahira said at the appointment ceremony held on Wednesday in Islamabad.

She went on to say that she feels “proud that my country is one of the most generous countries of the world” for hosting Afghan refugees for the past four decades. “By becoming UNHCR National Goodwill Ambassador, I wish to stand behind such incredible acts of hospitality and humanity,” she added.

The actress added that a majority of refugees are being hosted by the developing countries and a sense of shared responsibility has yet to be achieved. “More needs to be done to support countries and communities which host refugees,” she said.

UNHCR’s Assistant High Commissioner for Operations George Okoth-Obbo commended Mahira for supporting UNHCR’s activities and for continuing to demonstrate her personal commitment towards refugees. I am delighted to see Pakistani celebrities coming forward in support of the refugeecause, making their voices heard locally, nationally and globally, and having a very strong influence on youth,” he said.

He noted that high-profile supporters, such Mahira Khan, can serve as a symbol of partnership between the people of Pakistan and the international community.