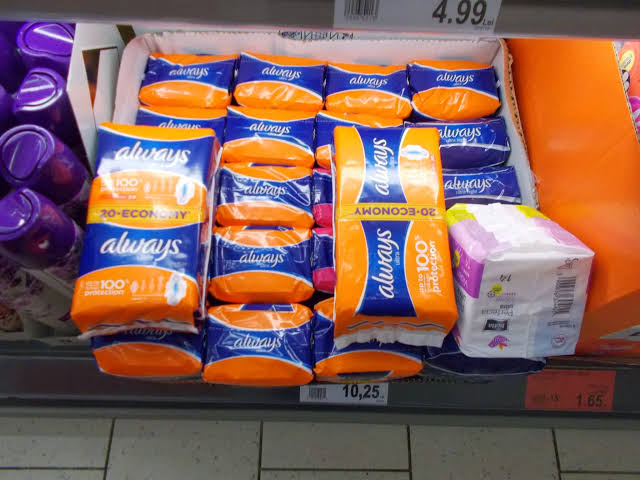 KARACHI: The menstrual hygiene company Always has managed to get the attention of people with their newly announced initiative of removing the female Venus symbol from their sanitary products. According to Business Insider, the packaging and product change was designed to be more inclusive of people who do not identify as women, including transgender men and non-binary people. It is in their belief that people who menstruate may not necessarily be female.

According to CNN, Proctor and Gamble, the company that owns Always, said in a statement, “For over 35 years Always has championed girls and women, and we will continue to do so.”

They also included, “We’re also committed to diversity and inclusion and are on a continual journey to understand the needs of all of our consumers.”

Since the news of this change of symbol, there has been a controversial response by users on social media, with some believing that this change should motivate a boycott of the company and others stating that they feel angered by the constant link being made between gender and genitals.

Always planning to remove the female symbol from sanitary pads because it’s too gender specific? is that a joke?! only females experience periods so too right it’s gonna be specific to a gender, people are ridiculous!!! no ovaries, no opinion

If @Always @ProcterGamble bows to this insane pressure I’m switching pads- yes I said it! This is absolutely RIDICULOUS! So now men want to use these pads & the symbol needs to change 🙄 GTFOH 🙅🏽‍♀️ – I will be looking for the pads with the female symbol on them.

Despite the troublesome comments I’m happy to see this change! It’s these small changes that add up and help out people with periods. There’s a whole bunch of cisgender ladies out there too who don’t have periods due to a variety of possible reasons.

I am a male, and I bought it many times whenever my wife asked me to do so. Without any problem or sign of bad feeling.
This is just finding a problem where there is none. Like hunting.

It's official. The transgender organizations have declared a war on women. Forcing biological women to compete against biological men in sports and other contests meant for women, and now they're offended by pads being associated with women.

Why this would matter to transgender people is bizarre. It is still a pad/tampon, made for a vagina….changing a little symbol doesn’t change the fact that it is for the female reproductive system.

This isn’t news. There’s absolutely no need to report on this. No one’s life is going to be impacted by a gendered symbol being removed from a package.