The cricketer has just signed a deal with Sydney Thunder 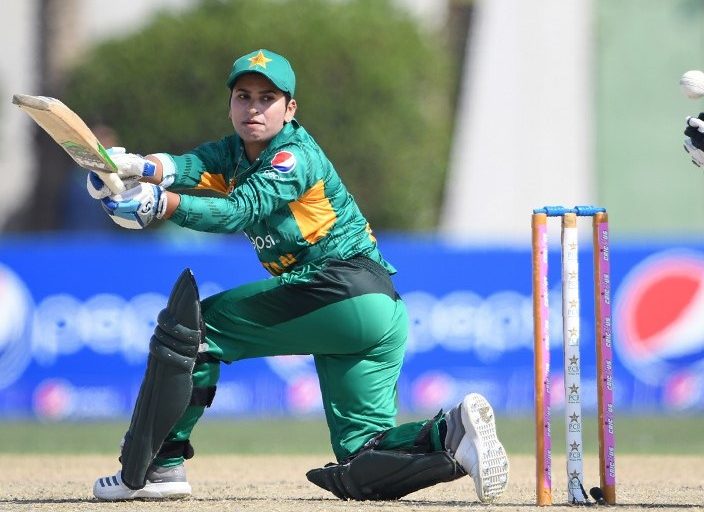 KARACHI: Pakistani cricketer Nida Dar has become the first Pakistani woman to sign a deal with an international cricket league, Sydney Thunder. She is on track to take the field for the Australian team in the Women’s Big Bash League later this year.

The 32-year-old cricketer has an impressive track record. She has played a total of 96 T20Is and 71 ODIs. Adding further glory to her name, she recently took 5 wickets in a T20I series against South Africa and scored 192 runs in five matches.

Sana Mir and Ali Khan Tareen took to Twitter to congratulate the cricketer.

A much deserved call up for @CoolNidadar. It will surely pave way for the future female cricketers of Pakistan. Go well and Enjoy
https://t.co/VhcK7bZZWh

Cool Nida Dar 😎 makes history and becomes the first Pakistani female cricketer to sign a deal with an international cricket league as she joins the Sydney Thunder for the Women’s Big Bash later this year. https://t.co/8wjX6nkiZM

Twitter is currently full of praise for the cricketer.

Only one word can aptly summarise the import of allrounder Nida Dar's upcoming stint as the first cricketer from Pakistan to play in the @WBBL: H-U-G-E

Yes, you may have never taken note, but Pakistan women and @CoolNidadar have come a LONG way.#WBBL05https://t.co/FHRx1v2oJ7

This is HUGE!! Deals like this is what will encourage parents to take their daughters pursuing a career in cricket seriously. The coolest ⁦@CoolNidadar⁩ paving the way for girls in every school and academy, today and for the future! #womenincricket https://t.co/W354u0kbS5