Skipper explains his take on the yawn that went viral 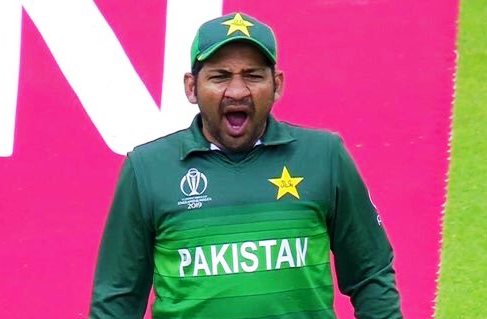 KARACHI: Recently videos and images surfaced showing Sarfraz Ahmed yawning in the middle of the Pak-India game and the internet did not spare him with the trolling. The Pakistani cricket team captain, in a hilarious interview on Saturday, addressed the meme of him yawning that went viral on the internet.

He was defensive in his stance by clearing out that it’s no sin to yawn and continued to insinuate that it was rather in the line of philanthropy.

Sarfaraz Ahmed "yawning is a normal thing to do, I didn't commit a sin. If people made money out of me yawning, that's a good thing" #CWC19 pic.twitter.com/aicexVuneP

His saying is that the news and views that his yawn may have gained the press/those who shared the content must have created some form of income regulation and hence he is happy that he was able to come to their aid.

Following this interview, users have tweeted focusing their attention on his approach of the yawn.

How did people make money if his Jamahi?? What is he thinking ??

I think he wanted to say meme instead of money

That’s the definition of shamelessness to be honest.

Poor guy..Really pity him.Seems to be simple n innocent person n ppl have guts to troll such simple ppl only n the brash ones get away with it..The guy is still smiling even after disrespectful behaviour by fans.