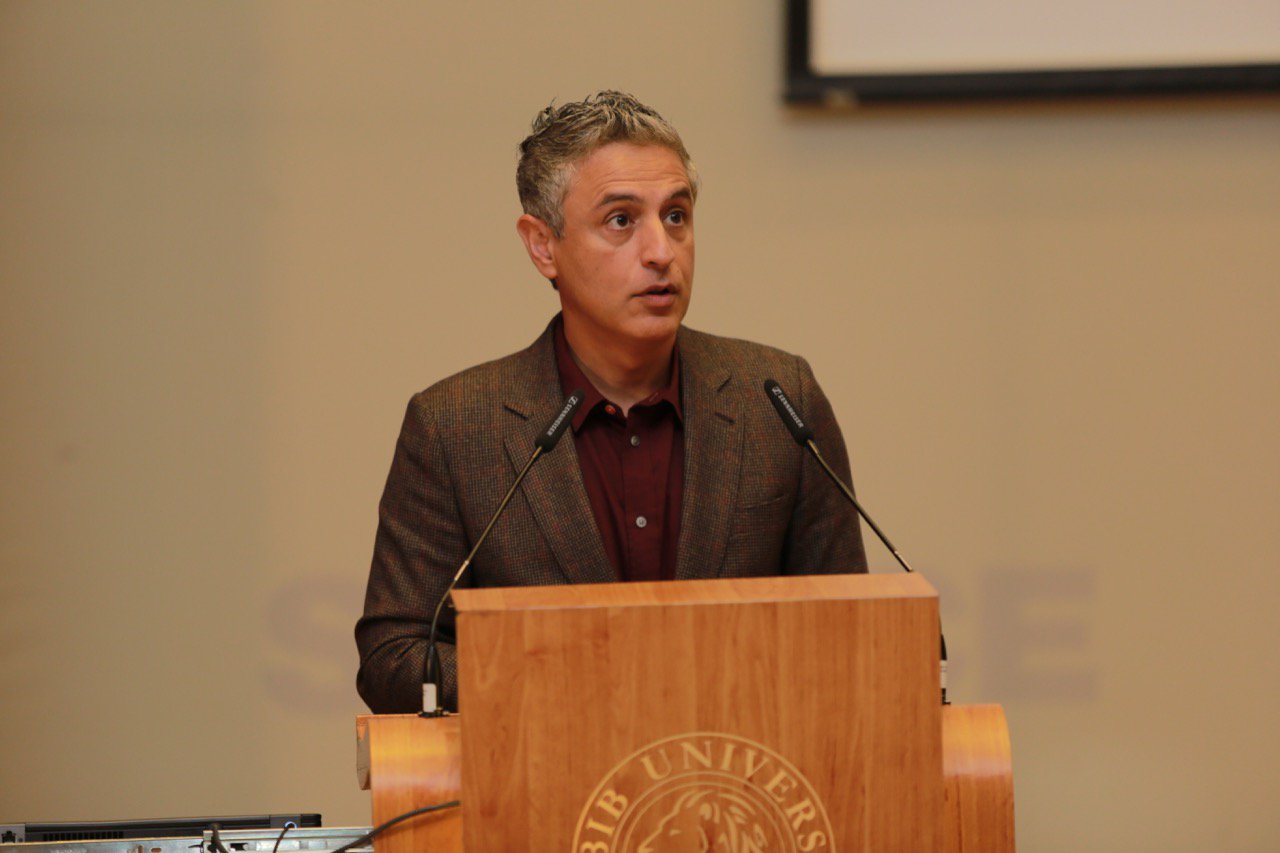 KARACHI: Iranian-American scholar of religious studies Reza Aslan, whose renowned works include The Life and Times of Jesus of Nazareth, No God but God and The future of Islam, gave a lecture at an event called “5th Yohsin Lecture” at Habib University on Thursday.

The nuance of the talk surrounded aspects of the lecture’s title “Why do we believe?” Reza Aslan sparked intrigue with his introduction to past myths encapsulating elements of Earth’s creation and the beliefs of God subject to different regions/lands. The talk further transitioned to the thought that people, now as well as in history have undeniably placed human attributes to God. “The entire history of human spirituality is to make sense of God by giving God a name, by ascribing human attributes to God, human voices and behaviors and transforming God into a human being,” he said.

Research suggests that although at first glance religious belief may not offer an evolutionary advantage, we are wired for it.#HUYohsinLecture @rezaaslan https://t.co/l8CPukxWBC pic.twitter.com/aBE8xiEvtz

With reference to a study done in the University of North Carolina whereby researchers showed 500 people different faces, Reza explains that automatically, these people began to reconstruct faces to resemble that of their own. Forming a connection with a higher being in this case becomes parallel to a heightened version of the self. Reza demonstrated this belief through different religions and quoted Islam as the only religion that rejects the idea of God having qualities similar to humans.

With a pertinent tone, Reza Aslan made his stance on the notion of faith clear by linking it to active decision-making. “Faith is a choice, anyone who tells you otherwise is trying to convert you,” he claimed. Linking this to ideals of self-influence over what we choose to believe in, along with attributing human qualities to God’s being, Reza spoke of how this link results in stamping a ‘divine personality’ to God whom, according to Islam, is not technically supposed to have a personality.

The talk was seen to take a humorous turn when he attempted to relate his Pakistani audience with this concept by saying as others might see God as being an old man with divine powers, Pakistanis could see God as an individual with similar features to themselves.

The engaging discussion elevated towards the constructs of identity. Reza argued that identity in terms of interpretations of God is solicited through evolution. We have become systematically designed to humanize God. This brought him to the question of why we think of God in human terms. With the example of atheists, Reza commented that whenever atheists were asked what God is, they were likely to present a description that matched a divine version of themselves.

Towards the end of the talk, Reza recalled his own journey that led to his spiritual choice in belief about who God is to him. He states that he initially believed God to be an old man with divine powers, which progressed to him being a devout Christian, to him being a Muslim rejecting Christianity in favor of an eternal, singular and invisible God. He argues that God is someone that should not be believed via fear of punishment or reward but someone who cannot be separated.
“I’d like to believe that we are in God’s image. Not in form or likenesses but in essence and in substance and Insha’Allah we will all start acting like it.”

Reza continued to cover a wide range of topics and was well received by the audience that seemed proactive in the Question and Answer session towards the end of the event.