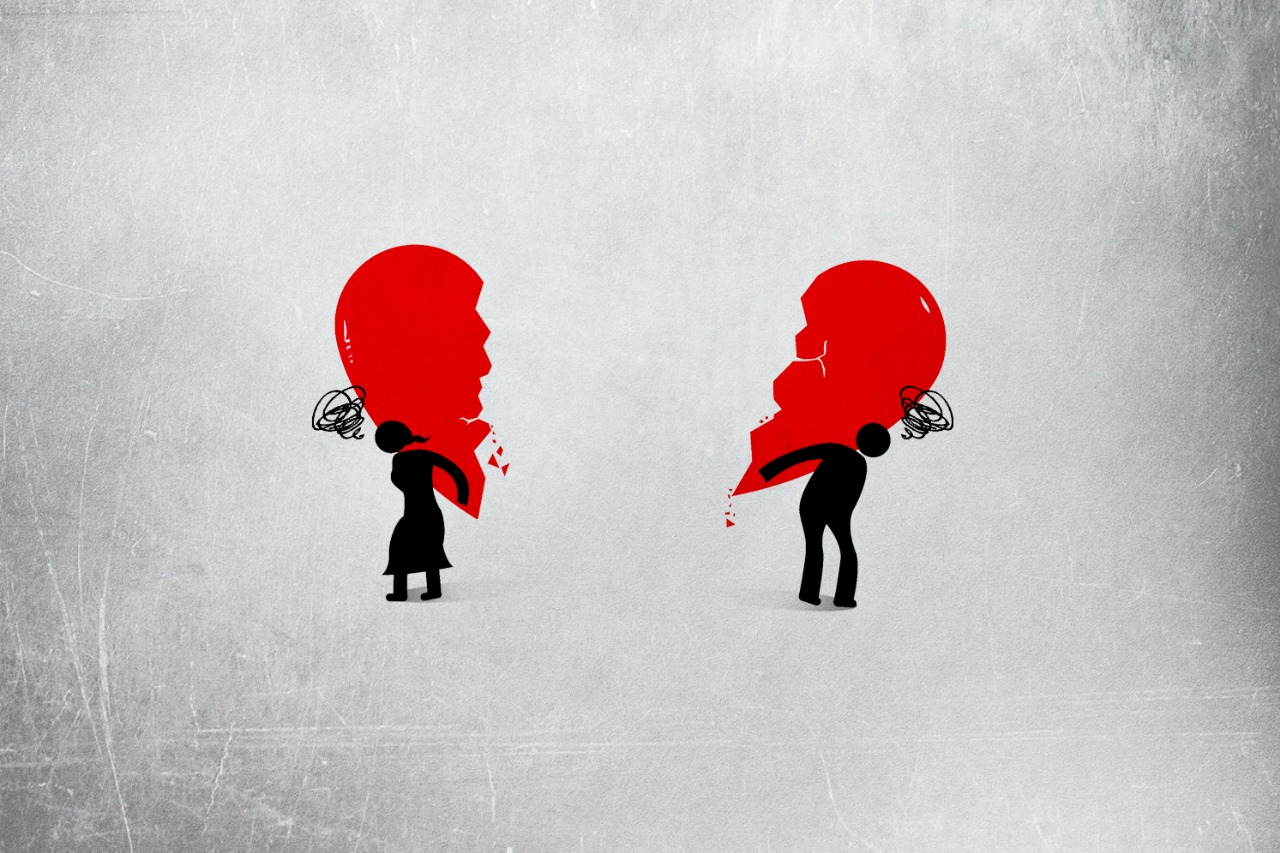 KARACHI: Rarely ever taken to experts, sexual incompatibility is dismissed as a non-issue. Sarah Aziz*, a 32-year-old divorcee – 28 at the time of marriage – says the root cause of the failure of her marriage was her partner’s sexual orientation. For the longest time, the couple struggled as her husband insisted that the lack of sexual intimacy between them was due to erectile dysfunction. But the truth was that he was gay.

“Even lying naked in his arms wasn’t enough to arouse him, and not once did he have an erection that lasted longer than five minutes … enough for him to be able to penetrate.”

Just so his orientation remained closeted, he even took Viagra but nothing made the situation better. She says, “I had to live in agony for over two years until one day I caught him doing a Skype session with a man.”

As a set norm in Pakistan, married couples are expected to deal with sexual incompatibility behind closed doors and drawn curtains. In this silent struggle, many red flags go unnoticed until it is too late. Kinza Raza*, who is 23 years old (21 at the time of marriage), spoke to Cutacut about her traumatic, four-month-long relationship with her impotent partner. Crushed under society’s many taboos on the subject, Raza suffered from sexual discontentment silently. She kept quiet out of fear of judgement and blame, thinking that talking about problems in her sex life and sharing what she was going through would worsen things for her.

“Since my husband was impotent, we could never have sex,” says Raza. But instead of working with her on the problem, her husband would beat her up, threatening her to never speak about it. Raza continued to suffer alone, in silence, until one day she fought back and beat up her husband with a wiper.

These stories are far too common in  Pakistani society. A number of young people, especially women, have heartbreaking accounts surrounding sexual dissatisfaction in wedlock.

But the issue doesn’t only extend to women; men, too, struggle to discern head from tail. Couples aren’t aware of the basic dos and don’ts of having sex. They are yet to inform themselves on what may result in a pregnancy.

“I had a love marriage and despite being extremely fond of my wife, I was scared to penetrate thinking she might get pregnant,” said Mubeen Ahmed*, a 30-year-old working professional. Ahmed said even until the end of their honeymoon, the couple hadn’t had intercourse. Only after coming back from the trip, when his partner sought medical help and was prescribed contraceptives, they felt comfortable enough to consummate the marriage.

Read: Why you should be watching ‘Lust Stories’ on Netflix

Speaking of misconceptions, Dr Kishwar Lucas, a general practitioner and sonologist at Karachi’s Good Samaritan Hospital, shared a harrowing experience where she examined a patient who complained that she was unable to conceive.

“Men misuse girls and misbehave with them,” said Dr Lucas. Plenty of similar cases are reported to hospitals on the daily.

Sometimes, the cause of sexual discomfort between couples is also linked to a person’s previous sexual experience. If diagnosed in a timely manner, it can be treated through cognitive therapy.

Problems around not being able to perform sexually generally stem from psychological ups and downs. Many times, the psychological hangups manifest into adverse effects on a person’s physiological health. So it makes matters worse when treatments such as counseling therapy are shunned by our society when, in fact, they should be readily available.

“It is about time that torrents are excluded from the list of sources that teenagers (and adults) learn about sex from.”

Learning about sex from unreliable sources

Curiosity around sex and asking questions about it is discouraged. When compared, this censorship is especially strong among teenage girls as sexual empowerment for women remains a taboo subject in our society.

People can only be prepared on what to expect if they are taught about sex from a young age, preferably their teens. Radio silence about these matters leads teenagers, especially girls, into believing that sex is an unspeakable crime or sexual activity makes them untouchable.

Read: We answer sex questions guys are too afraid to ask

“The problem in our society is that sex has been extremely romanticised, and not educating 17 or 18-year-olds — who are dating and are suffering from peer pressure — often lands them into trouble because they are not aware,” says Amna Imran, a lecturer and a mother of an 11-year-old. “I am open and honest with my daughter. She already knows that babies aren’t sent into this world through angels but in fact come out of the mother’s womb.”

How do we fix this endemic?

It is a norm in Pakistan for people to be exposed to sexual activity only after they are married. Prior to that, most are sexually inactive. They discover their sexuality and learn about their sexual health once they enter wedlock, which makes things a lot more complicated.

Ideally, the government should take up the responsibility to educate masses about healthy sexual habits, added Dr Yusuf.

In the age of the Internet, where people, including teenagers, regularly indulge in pornography, it is crucial that they learn about healthy sexual relations from a young age.

“People aren’t able to flag issues because they don’t have the slightest idea. It is important we conduct timely counseling so couples know when to escalate the problem,” stressed Dr Lucas.

Men are still able to identify the signs but it takes women a long time to figure out what’s going on. By the time they learn, their relationship and sexual chemistry has already worsened irreparably, she adds.