War is not funny but the fifth generation on Twitter is 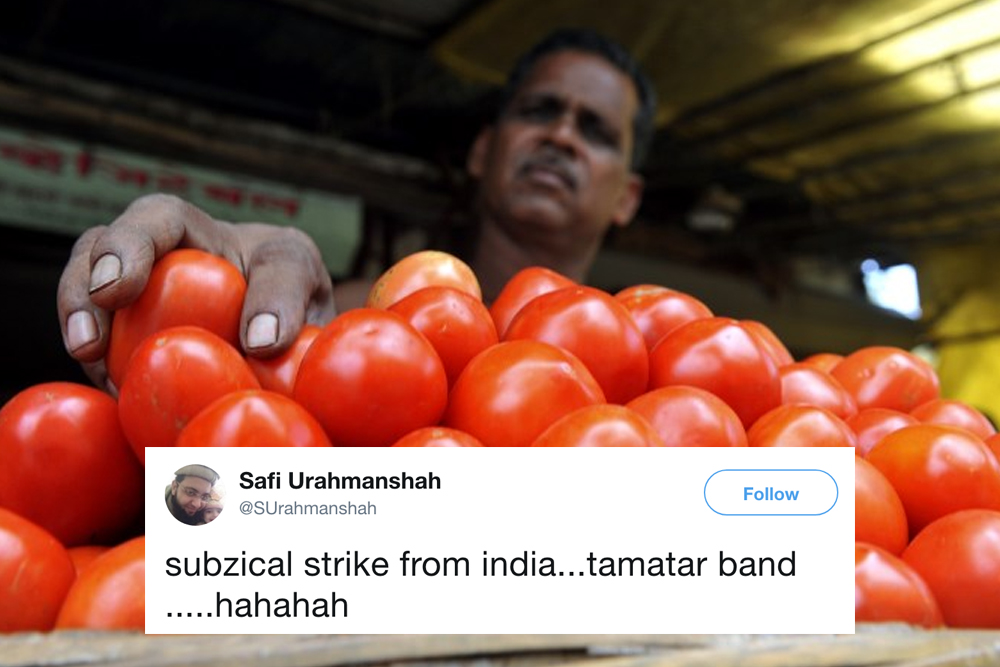 KARACHI: Emotions are once again running high among Indians and Pakistanis ever since a suicide attack in the Pulwama district in Indian Occupied Kashmir took place on February 14. Jingoistic sentiments escalated when the Indian government threatened to attack Pakistan, with Prime Minister Narendra Modi vowing a “strong response”.

While a lot of unreasonable things were being said and reported in sections of the Indian press, perhaps the most absurd response to the heightened sense animosity towards Pakistan was when an Indian news outlet reported Indian farmers in Madhya Pradesh will no longer be exporting their tomatoes to Pakistan.

“We will not send our tomatoes to Pakistan because they eat our tomatoes and then kill our soldiers,” a farmer was reported as saying.

#PulwamaAttack was shocking & violence in all forms is condemnable but it’s sections of Indian media that are more keen for a war today rather than wait for tomorrow. And that too to this crazy level.
Ab laal tamatar ko tarsay ga Pakistan.
(Pak will be deprived of red tomatoes) pic.twitter.com/mmMEJKXJkK

Read: What went wrong? A timeline of Pakistan and India’s latest war of words

Naturally, the Indian tamatar (tomatoes) broke the internet in Pakistan. This is how people coped with the possibility of living an Indian tamatar-free life:

They have to throw on modi

Ok this is rude… but hehe

India we don’t need your tamatar , we have our own tamatar 👇 😁 pic.twitter.com/DUHnf2IFtI

If Jinnah was alive today…

Better still, grow our own tamatar and better ones too!

What desi dishes can be cooked without tomatoes ?

Red lip is a mood

India: Pakistan! Be ready for war.

Fun fact: the tomato probably came to our part of the world in the 17th century. It was brought here by European colonisers who discovered it in south America.

100 years from now, world would remember the funniest war perpetuated by the then largest democracy . The war would be remembered as the Tamatar War..

There is nothing funny about war. There a hundred issues that plague both the countries. But perhaps in these dark times, one cannot blame people for finding escape in some good ol’ tomato humour.