But can she twerk? 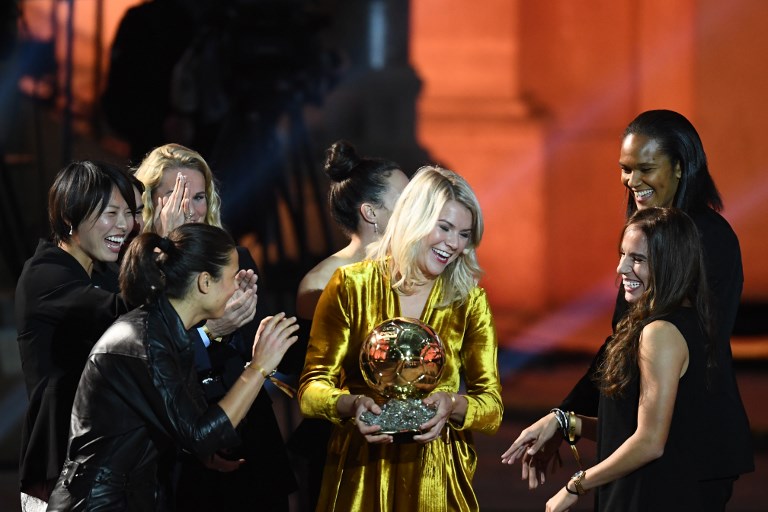 Real Madrid and Croatia midfielder Luka Modric won the men’s award. Over the past decade, either Lionel Messi or Cristiano Ronaldo have claimed the trophy.

While there was much to celebrate, however, a co-host sparked controversy right after Hegerberg gave her winning speech, asking young girls to believe in themselves.

While she was accepting her award, DJ and co-host of the presentation Martin Solveig asked if she could twerk. In a video of the ceremony, Hagerberg is seen looking annoyed and responding with a “no” to his question. Though Solveig later apologised to Hagerberg and “all those who may have been offended,” twitter did not hold back in calling out the sexism on stage.

This is an incredible milestone for women's sport. ⚽ 🏆 Zero respect from the DJ. Can we not just simply learn to celebrate female sporting achievements without making them feel like performing monkeys?! Urgh. #AdaHegerberg https://t.co/hfQIhiGVGC

It was totally berserk
To ask Ada to twerk
But she said no
Which goes to show
She has class & he’s a Jerk#BallonDor #AdaHegerberg pic.twitter.com/yn4p0nMRGR

embarrassment and #misoginism at its worst at the #BallonDor2018. ceremony host asks #adahegerberg, the first female #BallonDorWinner ever to #twerk…. WTF Ada keeps her cool and declines, probably wanted to chop his head pic.twitter.com/vazEcCXZLZ

For those that think asking #AdaHegerberg to twerk after her winning the Ballon D'Or is "just a joke": nope.

All of the nope.

Modric would *never* be asked that question in that moment. No man would.

6. That’s all it should have been about!

Speaking to the BBC, the footballer said, “He came to me afterwards and was really sad that it went that way. I didn’t really think about it at the time. I was just happy to do the dance and win the Ballon d’Or to be honest. I will have a glass of champagne when I get back.”