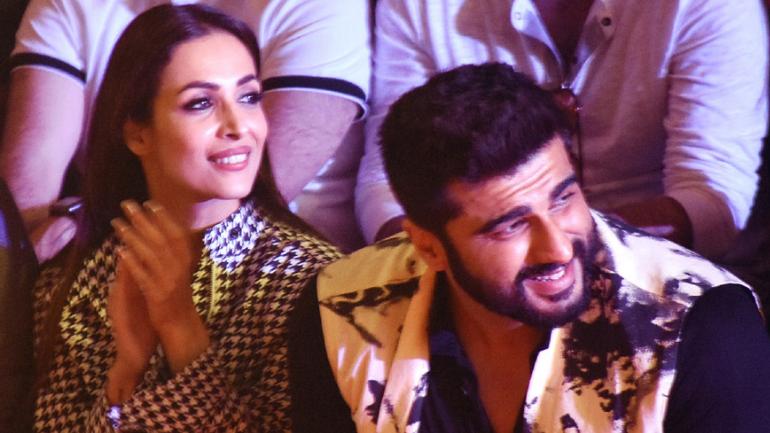 KARACHI: We’ve barely recovered from #Virushka, when #DeepVeer officially announced their wedding and then there were rumours about Priyanka Chopra and Nick Jonas prepping to get married in Jodhpur. And now this.

Filmfare reports that marriage is on the cards for Ishaqzaade star Arjun Kapoor and Badnaam Munni Malaika Arora. A source revealed to the magazine, “Malaika and Arjun are extremely fond of each other. They have never really spoken about each other but they are extremely happy in their own personal space. In a steady relationship now, Malaika and Arjun plan to take their relationship to the next level and tie the knot next year.”

Read: Deepika Padukone and Ranveer Singh are getting married and Twitter isn’t coming slow at all

According to India Today, the couple recently celebrated the actress’s 45th birthday with a romantic getaway in Milan. A video clip posted by Karan Johar on his Instagram was making the rounds on social media, where the filmmaker is heard asking the actress if she went alone on the trip, to which she flashes a teasing smile and replies, “Let it be a burning question”.

And we are back with our IGT mornings!!! @kirronkhermp @malaikaarorakhanofficial #toodles

According to the grapevine cited by Indian publications, the actors have been going strong in a relationship for several years now. In fact, when Arora and ex-husband Arbaaz Khan announced their decision to part ways, fingers were lifted at Kapoor. However the Khan and Arora, who had been married for 17 years and have a son together, insisted that they did not part ways “because of a third random person”.

Read: Why can’t a woman be older than her husband?

If true, we wish the couple all the best!