Havaldar Altaf Ahmad is currently the only man equipped to carry out hangings in Karachi's Central Jail. This is his story 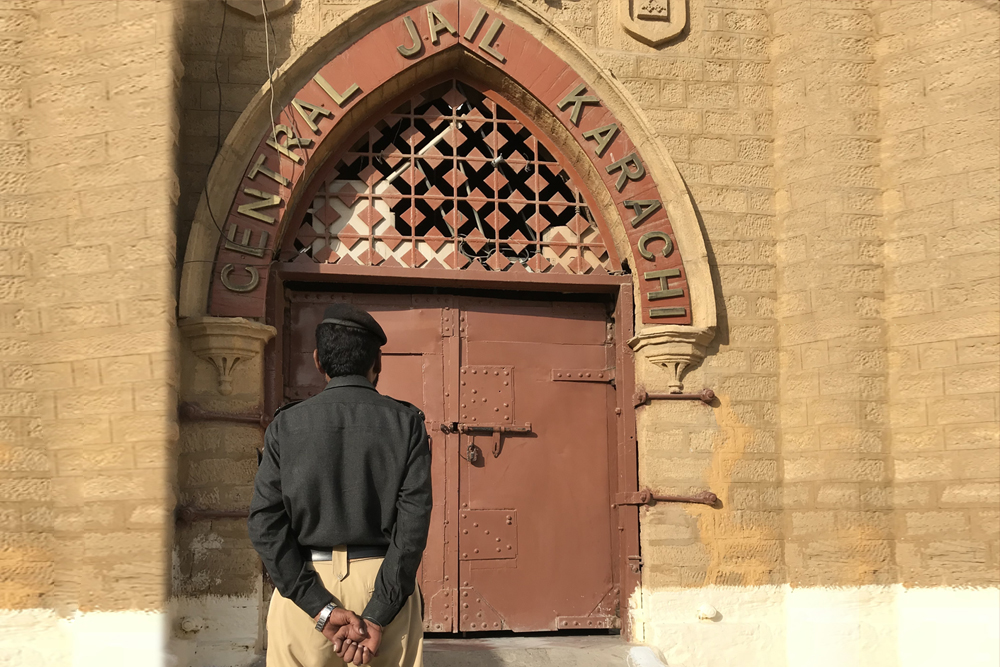 KARACHI: Some 100 people are present in the vicinity of the highest security chamber in Karachi’s Central Jail. An entire regiment of havaldars, head constables, doctors and prison janitorial staff are performing their tasks. They are supervised by the jail’s station house officer (SHO), deputy superintendent (DSP) and sub inspector (SI). Among the crowd, one man stands in command of the preceding execution. Havaldar Altaf Ahmad, 50, aka Lahuti, is the only man designated to carry out hangings.

“Rehearsals commence three days prior to the hanging whereby gunnysacks are filled with sand to see if the rope can endure the convict’s weight and that it doesn’t fall flat on the plank,” adds Ahmad, speaking from personal experience. This estimation of the gunnysack’s weight is greater than the actual body weight to avoid error. In order to do this, a graph is prepared based on the body mass and height, which is used as reference for the final day, he goes on to explain.

Read: This Hazara woman from Quetta is making herstory

Death-row prisoners start preparing before azaan on the day of their hanging. They bathe and offer prayers, after which they are asked to make their last wish. “Some of the common last wishes are related to family, property and legacy,” the hangman says, while assuring that these wishes are recorded, conveyed and fulfilled. A spiritual leader then comes in to recite the Holy Quran. As the convict enters the high-risk zone, he’s clad in a black cloth which covers him from head to toe. Before sunrise, with the noose around his neck, the lever is pulled, hanging the criminal to death.

“People have a misconception that the jallad only pulls the lever, whereas, the jallad — referring to himself — is involved in rehearsals and tying the noose around the person’s neck,” reveals the executioner, adding that the lever is actually pulled by the havaldar on duty.

He goes on to share that the last words of death-row prisoners are “usually ‘Allah’”, uttered repeatedly as they breath their last.

“The amount of time one takes to die depends on their physical strength,” he goes on to say. Normally, it takes between seven to 10 minutes for a person to die. But there can be exceptions. In his 30-year-long career, the hangman reveals that an army officer who was hanged for murder took 25 long minutes to run out of breath.

“Lahuti!” calls out another presiding officer to beckon Ahmed’s attention. Within and outside the execution cell, at all odd hours of the day, Ahmed is popularly known by this name. The title he enjoys branches from faith and spirituality, he elaborates, as a smile takes over his lips.

A common question he’s asked is how he feels about his job. “Life and death are determined by the maker, the law governs this and the judiciary orders it,” he asserts. He reiterates that he is nobody to challenge the rulings of the court and the Almighty.

Further, he states that if death penalty is terminated, it would eradicate fear from society.  “Hunger forces you to do anything,” he says.

It’s 4pm now. “Sir!” Ahmed greets the DSP; his words accompany a salute, as Lahuti stands up to greet his senior. On some days, there are visitors who come to meet the hangman, intrigued by the morbid nature of his job.

He warmly welcomes visitors and escorts them to a quieter enclosure of the jail where they have long conversations with them. These conversations revolve around the popular belief that a hangman has no ounce of emotions or any feelings towards the convict they hang. “I’ve interacted with all these inmates over the years; shook hands with them, socialised and laughed with them over tea at various occasions” says Ahmed. “We might believe that no one dares to whisper within the boundaries of the jail. But it isn’t quite like that. On a daily basis, it functions like a family,” he adds.

Inmates have all closely interacted with Lahuti all the while knowing that he will be the one to execute them when they’re issued a black warrant. “It’s no secret over here, but I’d rather not let outsiders know about the job I do,” reveals Ahmed hesitantly. According to him, people look down upon this profession.

He goes to highlight some of the things prison staff has no say in, such as shifting the convict in solitary confinement once the court issues the black warrant — also known as the execution warrant or death warrant. The identity of the convict isn’t necessarily revealed to the hangman; neither is the time and date. “Everything including the final verdict is decided by the judge,” he maintains. “We’re only executors of the job”.