Indonesia earthquake and tsunami, in numbers 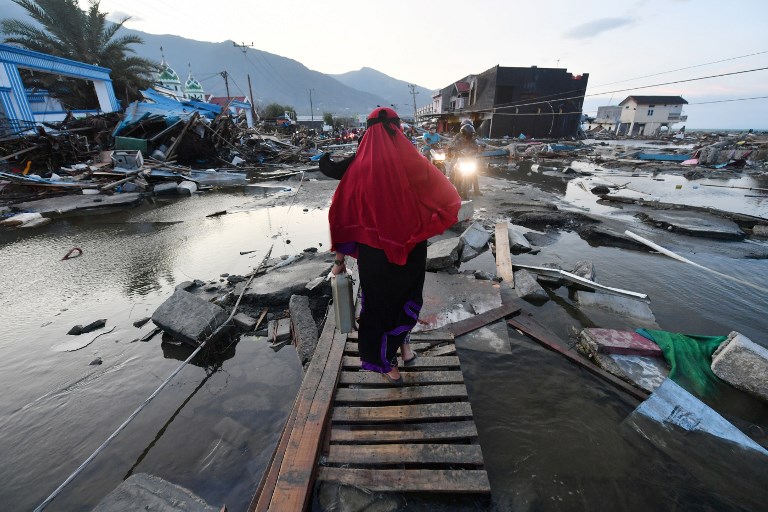 A woman walks through a devastated area in Palu, Indonesia’s Central Sulawesi on October 1, 2018, after an earthquake and tsunami hit the area. PHOTO: AFP

KARACHI: A devastating 7.5 magnitude earthquake first hit the city of Palu in Indonesia, which triggered a tsunami that has destroyed properties, roads and bridges and claimed hundreds of lives. President of Indonesia Joko Widodo has called for international help to deal with the crisis.

I could barely understand a word this man said, but I’m not joking when I say his desperate cries warning ppl of the approaching wave will haunt me forever.

The Palu Tsunami in Indonesia killed hundreds of people & the toll is expected to rise over 1000.pic.twitter.com/Iih1fkhDYm

Here, we document the natural disaster in numbers:

is the number of reported casualties so far

is the number of residents of the city of Palu

is how high the waves were that crashed into the city