We have a few questions about ‘Thugs of Hindostan’

Looking for answers before stepping into the thug life 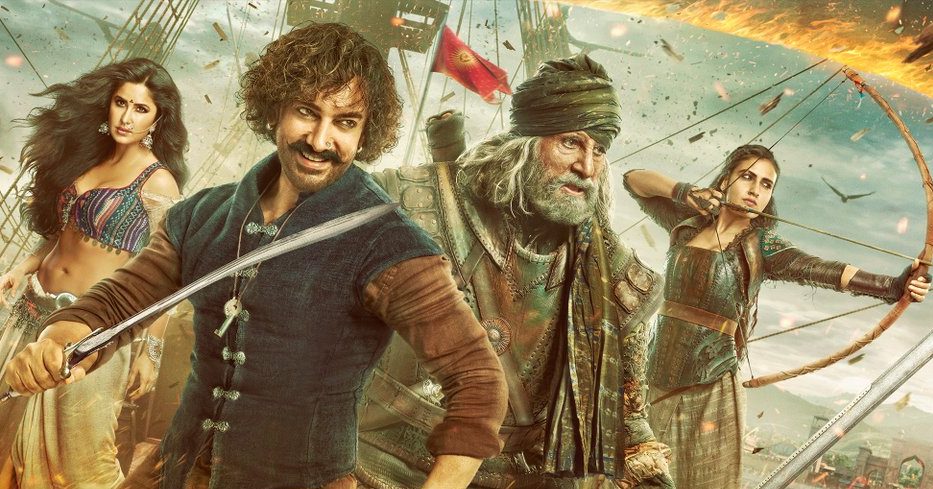 KARACHI: The first look of Thugs of Hindostan is out and we have a lot of questions.

This is the first time Bachchan and Khan will share the screen, and the latter couldn’t contain his excitement, as he tweeted:

To see myself on a poster with Mr.Bachchan is a dream come true for me. I still cant believe it.https://t.co/vuzOaT1V18#ThugsOfHindostan | @yrf | @TOHTheFilm | @SrBachchan | #KatrinaKaif | @fattysanashaikh

So let’s get to the questions:

We can’t help but wonder. Or is Khan supposed to be the desi Sparrow?

2. Who is Katrina Kaif supposed to be?

Is she Elizabeth Swann? TELL US!

Read: Joaquin Phoenix’s first look as joker has been released and we weren’t ready for it

3. Why is Fatima Sana Shaikh right at the back?

Is the positioning of the actors on the poster dictated by their characters in the film or how much they weigh on the superstar scale? Come to think of it, why are both the actresses in the background?

4. What’s up with the motion poster theme music?

Because that too sounds similar…or is it just us?

5. How does Aamir Khan manage to look different in every film?