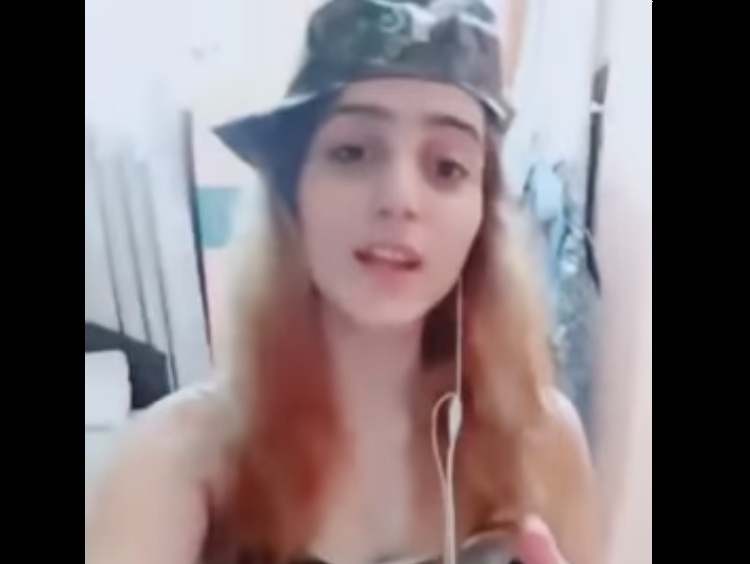 Screenshot from her video shows the ASF officer giving a lip sync to an Indian song.

KARACHI:  The Airport Security Force (ASF) has launched an inquiry into a video of a female security official lip syncing to a Bollywood song was posted online.

The ASF has also restricted her from using social media, according to The News.

The officer was criticised for posting the Dubsmash video, which shows her wearing a camouflage tank top and her department’s cap.

Interestingly, a video showing Pakistani and Indian soldiers dancing to a Bollywood song went viral last month – for all the right reason though.

Earlier, a Polish tourist posted a #KikiChallenge video that had been shot at a Pakistani airport. Following the incident, the National Accountability Bureau (NAB) took notice and started an inquiry against airport officials for allowing Eva Zubeck to perform and film the challenge there.

After the notice, the tourist took to social media and apologised for the video.

“Someone told us to make a video of the #KikiChallenge. I thought it would be a fun way to promote tourism in Pakistan,” she had said in her video message.

“I do appreciate that some people didn’t like the video and if that’s the case then I do apologise. It only meant positive things and I will continue making it my mission to promote Pakistan’s tourism, culture and people here,” she added.