Is it the National Accountability Bureau’s job to probe people for what they do with the national flag? 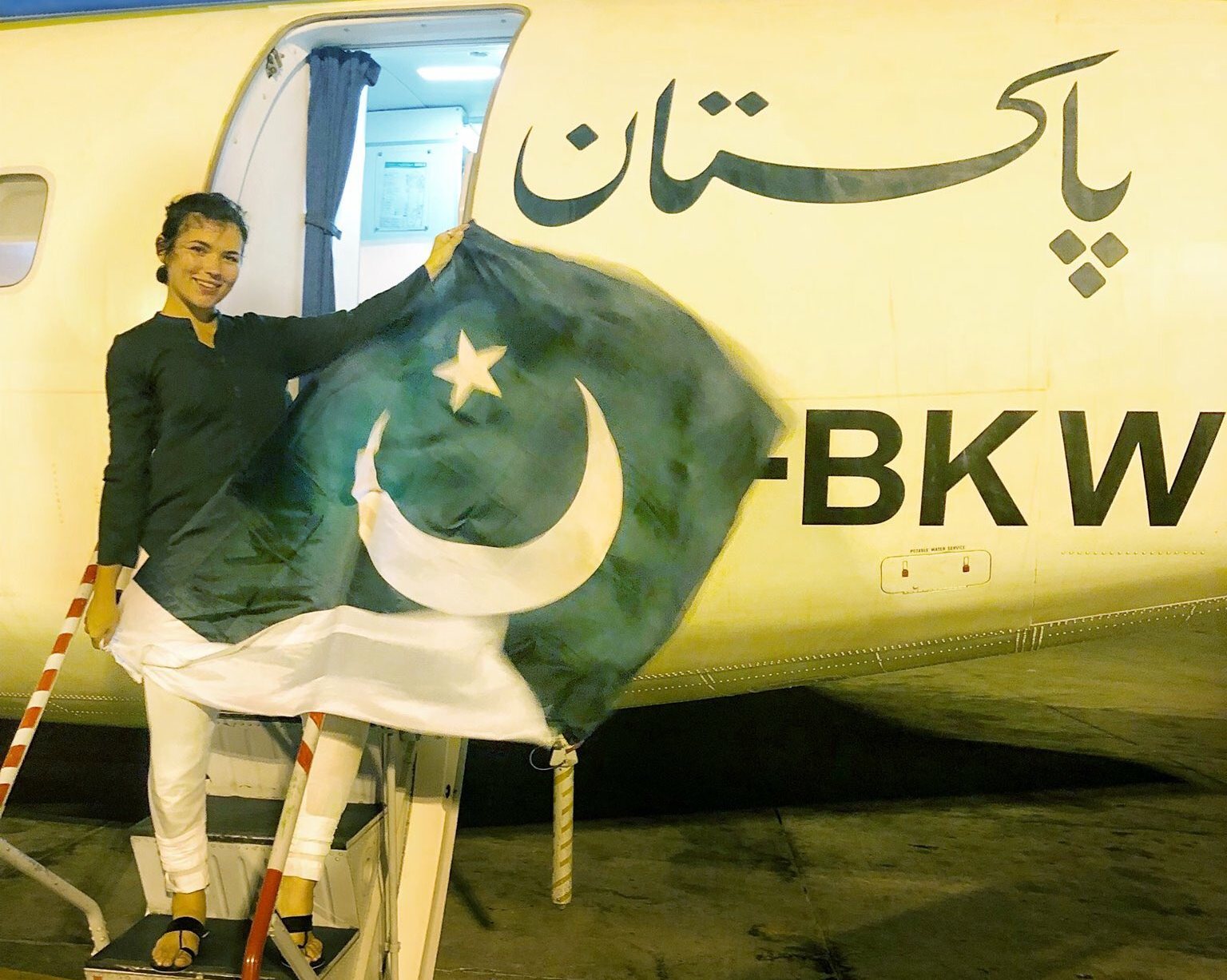 KARACHI: Pakistan International Airlines (PIA) is in hot waters yet again after a video went viral on social media, prompting the country’s anti-graft body, the National Accountability Bureau to investigate the matter.

The video in question was of a Polish woman, Eva Bianka Zubeck, who was on a visit to Pakistan. In the video, she can be seen attempting the #KikiChallenge’ in a PIA aircraft while dressed in traditional grab, adorning the colours green and white. Draped over her arms was the Pakistani flag.

While many praised her for showing the positive image of Pakistan, others criticized her for disgracing the Pakistani flag and the airport authorities for allowing the Polish woman to go inside an empty plane for the shoot.

A Kiki car jump is so overrated… so here’s the first real airplane version the world has seen 💚 #kikichallenge #PIA pic.twitter.com/SM4CXaUIEW

The National Accountability Bureau (NAB) took notice of the issue and ordered a probe to find out who let Zubeck inside the aircraft because she allegedly disgraced the country’s flag by wrapping it around her body, as reported in Dawn.

After the notice, Zubeck took to social media once again and apologized for the video. She further explained her reason for being with the aircraft: apparently she was with the PIA to make a vlog about travelling to Karachi.

“Someone told us to make a video of the #KikiChallenge. I thought it would be a fun way to promote tourism in Pakistan,” she said in her video message.

“I do appreciate that some people didn’t like the video and if that’s the case then I do apologize. It only meant positive things and I will continue making it my mission to promote Pakistan’s tourism, culture and people here,” she added.

Hi everyone 😊 Quick announcement to explain what happened with the PIA Kiki Challenge video. 💡And of course I’ll continue to explore all the beauty of Pakistan 💚

Whether she needed to apologize or not is debatable but the question remains, why did NAB intervene in the matter? Isn’t the bureau supposed to be acting against people involved in corruption, not those who might be making videos of themselves doing the #KikiChallenge?

NAB, which operates under the National Accountability Ordinance-1999, describes its mission as “working to eliminate corruption through a comprehensive approach encompassing prevention, awareness, monitoring and combating.” This is why many were wondering how the tourist violated NAB rules and committed corruption.

The bureau is set to send a notification to PIA on Wednesday (today) after which the flag carrier will file its response even though it has already backed off from the controversy and deleted the video from its official twitter account.

Eva zu Beck from Poland/England is a Global Citizen travelling around the world, but now her heart is set on Pakistan! She has been exploring Pakistan flying #PIA. She will be celebrating Independence Day in a style never before attempted in the world! Stay tuned for updates. pic.twitter.com/jrwezOJBzw

PIA plane crashes in Karachi with nearly 100 people on board

‘40% of Pakistani pilots have fake licenses’