Lindsay Lohan, #MeToo doesn’t need you and hopes you never need it either

In an interview with The Times, Lohan said #MeToo accusers do it 'for the attention' and that's so not fetch at all 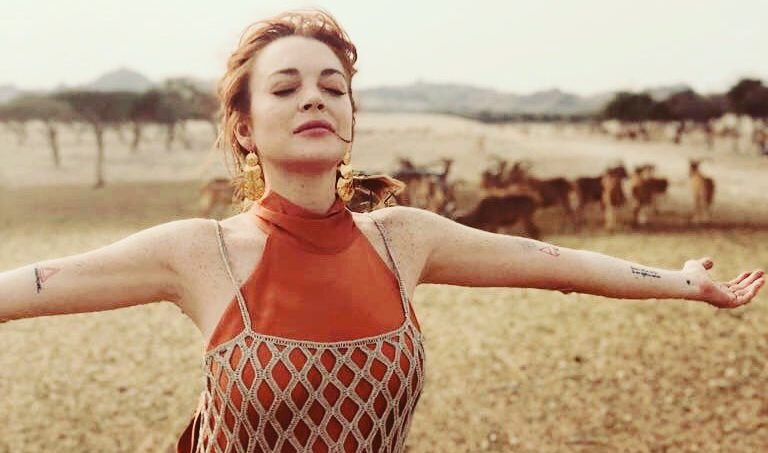 KARACHI: In a recent interview with The Times, Lindsay Lohan shared her thoughts on the #MeToo movement. And we really wish she hadn’t.

At first she said she “didn’t really have anything to say,” because she’d rather not speak on something she hadn’t experienced first-hand but instead of stopping right there, Lohan kept talking. “I’m going to really hate myself for saying this,” said Lohan, “but I think by women speaking against all these things, it makes them look weak when they are very strong women”.

The #MeToo movement, which started as a social media hashtag in October 2017, is a movement against sexual harassment and abuse. Since then it has helped women who have experienced harassment to out their perpetrators and find solace in knowing they’re not alone.

But Lohan believes some of these allegations to be untrue and made only “for attention,” and she’s not the only one with this opinion.

In April this year, singer Meesha Shafi accused her colleague Ali Zafar of sexual misconduct on “more than once occasion,” and in the process, brought about Pakistan’s #MeToo moment. However, what followed was no surprise. Influential people in the country jumped to defend Zafar, including women.

Actor Maya Ali, who starred opposite Zafar in the film Teefa In Trouble, was part of this list. According to her, Zafar had never been inappropriate towards her. This is the same element of detachment that echoes through Lohan’s statement, who thinks that if it didn’t happen to her in Hollywood then it probably doesn’t happen to anyone. It is this sentiment that poses one of the biggest threats to the movement.

For the Mean Girls star, accusers should discuss it in the moment. They should make it ‘real’ by filing a police report. But what she conveniently chooses to ignore is the shock that follows. A lot of women experience feelings of shame ‘in the moment,’ not even realising what has happened. It takes days, months and sometimes years for them to come to terms with it. And if they come to terms with it at a time that is inconvenient for the accused so be it.

In fact, it’s not sharing experiences of harassment and abuse that make women weak — it is statements like Lohan’s, made by seemingly empowered women, that do.

What Lohan doesn’t seem to realise is that we all need #MeToo. It is what makes us strong. Perhaps, freaky Friday-ing might help Lohan understand?