All the stunts Tom Cruise did himself for Mission: Impossible – Fallout 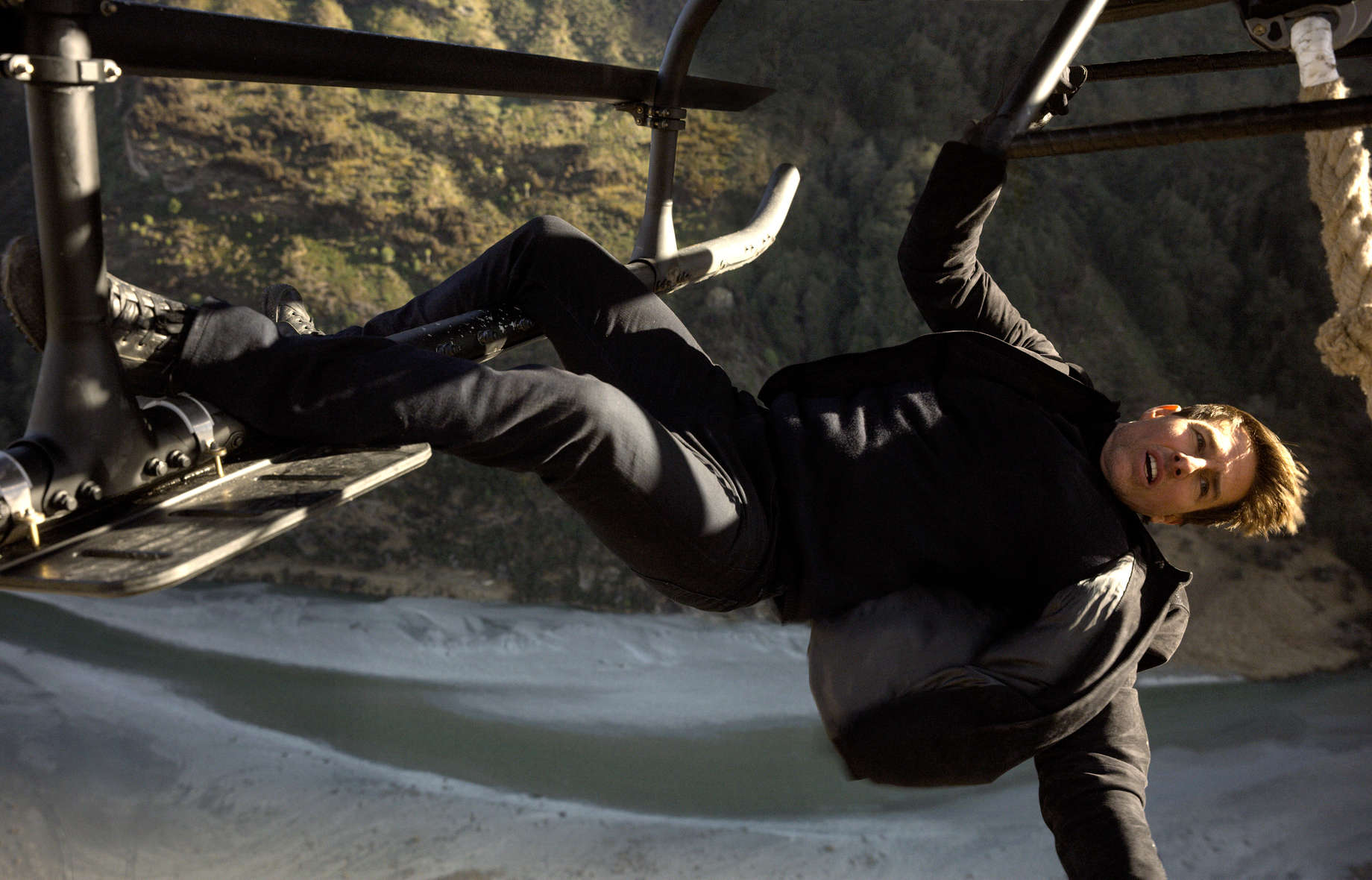 KARACHI: First things first, SPOILER ALERT. There’s no point in reading further if you haven’t watched the film yet. For those who’ve seen Tom Cruise’s latest film of the Mission: Impossible series and are wondering how many of those crazy stunts did he actually perform in real life, then this list is just for you.

It’s no secret that Tom Cruise performs most of his stunts himself, and he chooses to do them without the help of a green screen or CGI. That means that him scaling the Burj Khalifa in Mission: Impossible – Ghost Protocol, for instance, was actually done by him in real life.

In the latest film, Mission: Impossible – Fallout, Cruise has attempted not just one death-defying stunt, but nearly five of them! Here’s a list of all the crazy things he’s done for the film:

In the film, there’s a helicopter chase scene towards the end of the film where Ethan Hunt (Cruise) is trying to catch up to August Walker (Henry Cavill), a CIA trained assassin who has been accompanying Hunt on his latest mission. In that sequence, there’s a scene where Cruise has to jump and grab onto a cable dangling from the helicopter, at the end of which a bag is tied. Flying thousands of feet in the air, Cruise had to let go of the cable and fall down on to the bag. It is indeed one of the most nail-biting shots in the film and knowing that Cruise actually performed that scene in real life makes it even scarier!

So another thing you may not know, Cruise learnt to fly a helicopter for MI6. He’s flying the chopper the entire time you see him on screen. If that isn’t impressive enough on its own, then know that he also attempted the 360 degrees downward spiral which even extremely skilled pilots would not want to perform.

Yup, you guessed it. Cruise can ride a motorcycle too and there’s this one motorcycle chase in the film around the Arc de Triomphe in Paris which Cruise has performed himself. Cruise maneuvers the cycle by riding it in the opposite direction of the ongoing traffic before getting hit by a car and flying off.

Perhaps this stunt is the most well-known of them all because even before the release of the film, people were talking about how Cruise broke his foot while jumping from the rooftop of one building to another. The scene that’s used in the film is the exact scene in which Cruise actually broke his foot, but he still kept running on his broken foot, knowing that they won’t be able to take the shot again afterwards.

Last but not the least, Cruise also attempted the halo jump, making him the first ever actor to perform this stunt for a film. A halo jump is a high altitude jump from a plane. Cruise jumped out of a plane from thousands of feet in the air, traveling at 165 miles per hour.

Watch the video below to see the stunts in detail: