Waleed Zaman, creative director of the brand, was filmed saying 'we support harassment' at Teefa in Trouble's Lahore premiere 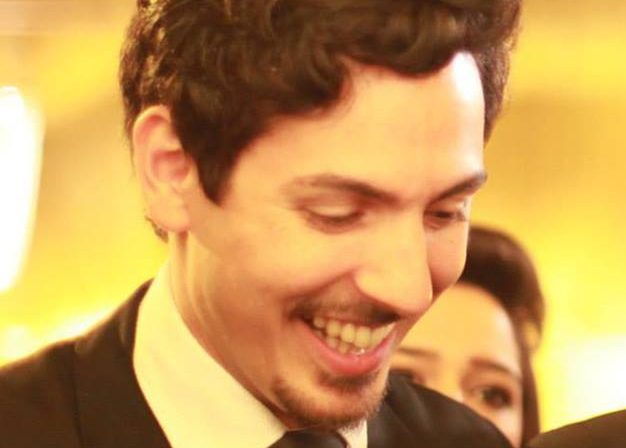 KARACHI: Teefa continues to be in trouble. After holding a demonstration against Teefa in Trouble star Ali Zafar in Karachi on two separate occasions, the film’s premiere and a promotional event held at KFC, protesters appeared at the Lahore premiere as well, chanting slogans and calling for a boycott of the film’s lead star, who also happens to be a producer of the film.

Unlike the Karachi protests, the demonstration in Lahore remained fairly peaceful and under control, as is visible by the live footage available on Twitter. Some protesters claimed to have been harassed by the guards. However, one incident sent social media buzzing with rage: the comments of the creative director of Kayseria, a fashion brand. While walking to the venue, Waleed Zaman said to the protesters: “We support sexual harassment of women.”

Waleed Zaman, creative director of kayseria.official shouts ‘We support sexual harassment of women,’ as he enters the premiere of Teefa in Trouble,’ in Lahore, today. Now, I don’t care if… https://t.co/VUUOLKNlnn

Requesting Kayseria to please share their policy on sexual harassment. In the video below, the creative director of Kayseria chanted "I support sexual harassment of women!" Unfortunately, here is an example of a privileged and 'educated' man who has no qualms in enabling other harassers and turning a blind eye to the plight of all the victims for whom sexual harassment is a harsh, traumatizing reality that they must process on their own. We really want to know if this is the culture propagated within the company, which has many female workers.#BoycottTeefainTrouble #Shame

Ab waleed zaman (the guy *joking* about supporting sexual harassment) will issue a weakass apology that he was joking/ said it in humor/ his words were taken out of context/ has a wife so can’t ever support harassment/ said it to trigger fake feminists/etc & we will forget.

Take this Waleed Zaman dude. Watching just his video you’ll find his behaviour appalling. But if he was your friend – and he is to many influential people – you will find a way to excuse it, or call it a mistake, or a lapse of judgement.

There was a protest on Teefa in Trouble going on, and this bigot Waleed Zaman came upto the protestors and said that he supports sexual harrassment only to piss them off. Whether he meant it or not, even joking about such a sensitive issue is not on.

Since then, Zaman has released an apology, which is also being criticised for sounding insincere: 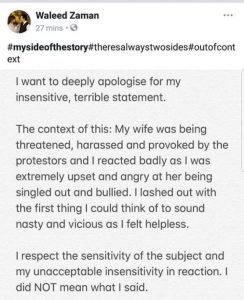 We have reached out to Kayseria for an official comment.