At 21, I’m a first-time voter but don’t see any point in voting 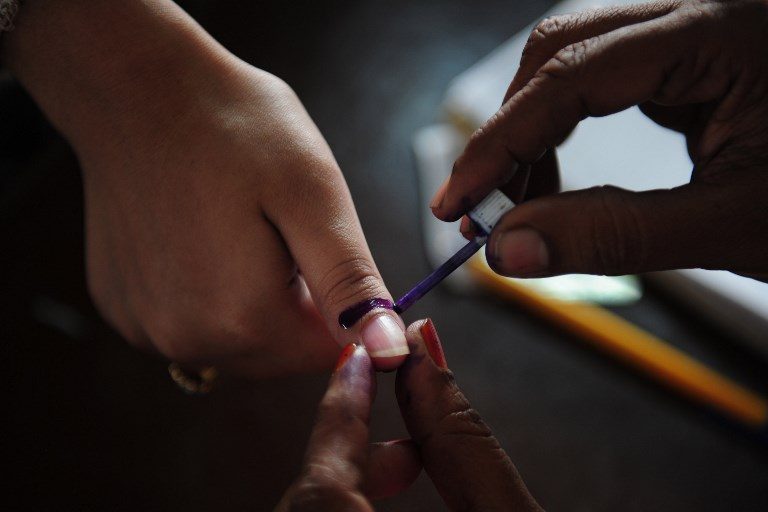 KARACHI: First time voting comes with several emotions: it is both exciting and nerve-wracking to be partaking in this new responsibility. In the upcoming elections on July 25, I’ll be 21; hence, legal and ready to vote for a candidate I deem suitable for my country.

While not everyone is loud about their political opinions throughout the year, during election season each Pakistani’s thoughts about their government and the upcoming ruling party are on a high and rightfully so. While there are many ways a citizen can give to their country, the basic and indeed the most important one is through the medium of voting.

Voting is us saying we care, we are concerned and we want a better Pakistan for us and our future generations. Through voting we pick candidates who, we think, are well suited for the serious task of governing our country and also leading its people.

But while voting itself is a beautiful aspect of democracy, is it the best thing us Pakistanis have? Are we really benefiting the way we should by standing in long queues, voting for that ideal candidate and then being disappointed every time? In this case, do those citizens who regard voting in the General Elections “a waste of time” have a point?

It may be the first time I will be allowed to vote but that doesn’t mean I haven’t been aware of the political situation in the past. Thanks to the teachers at school and parents at home, one grows up hearing all sorts of conflicting political opinions. Some against the Pakistan Muslim League Nawaz (PML-N), others in favour of the Pakistan Peoples Party (PPP) or those who conclude that the country is better off under the rule of dictators like Pervez Musharraf. With everyone citing their own reasons, you’d think that by the time I got my chance to vote, I’d have a solid opinion but to be honest, I’m just more confused.

Unfortunately for me, I won’t get to enjoy voting as much as I should. It’s almost unfair that there are people like me, who have become indifferent to the political situation, solely because we have had our sentiments hurt more than once. Empty promises being screamed at every rally, news of politicians’ corruption charges and their lack of interest in the country’s problems once they are elected blaring on TV has become routine.

During the previous elections, a lot of people, especially the younger generation, had high hopes for and were incredibly passionate about the Pakistan Tehreek-e-Insaf (PTI). Everybody could see Imran Khan’s zealous vision for a “naya Pakistan”. I myself remember sitting through all his speeches and if I missed any on television, I’d watch them online later. People were excited, there was hope, there was passion and then the results were announced. Hearts were broken, claims of rigging were made and we all had no choice but to accept our new governing party.

Fast forward to the 2018 elections and many of those previous PTI supporters no longer hold Imran Khan and his views in high regard. Being part of the country’s minority myself, how am I to vote for a leader I once admired who now publicly defends the blasphemy law?

The 2018 election campaigning has mainly consisted of Pakistani politicians publicly shaming one another rather than talking about important issues. In addition to that, parties that publicise themselves better get people’s attention. Candidates that actually do meaningful work are ignored. Such an example would be of a candidate I admire this election season, Jibran Nasir; a man who has been at the forefront and has often led protests against terrorism and sectarian violence. Yet there are people my age who have no clue about him or his contributions whatsoever.

In addition, there are so many views that are poles apart. When the news of Maryam Nawaz and Nawaz Sharif’s arrest warrant was announced, many were overjoyed and there were fireworks and celebrations. But at the same time many people were still adamantly supporting the PML-N. People from Lahore say they will continue to vote for “sher” since he has done so much for their city.

During the previous elections, Muttahida Qaumi Movement (MQM) workers went to underprivileged families and distributed biryani. These people were more than willing to vote for MQM , regardless of it’s notorious reputation because, according to them, no other party approached them in this manner.

I’m not the only one among the many first time voters this year who feel disappointed with the Pakistani voting system. People show up to polling stations to cast votes and find out someone already placed a vote in their name. And we’ve also seen over the years that voter opinions are more subjective than objective, each individual is more biased towards their benefit rather than that of the community.

In such a political environment, questions such as who to vote for give me more anxiety rather than bringing some peace of mind. And doesn’t that defeat the essence of democracy?