Thoughts of a 20 year old who's about to get hitched 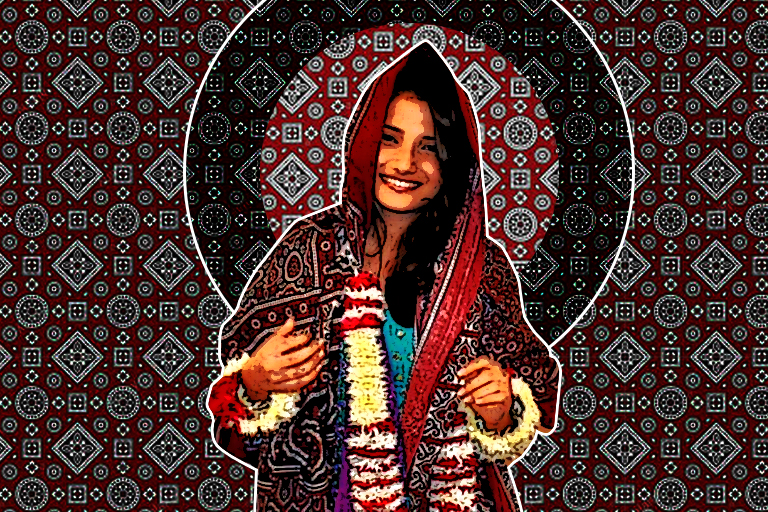 4. Back to the start

KARACHI: It can be seen from a block away. A trio of cars is speeding towards its destination; multicolored phantoms stopping right in front of my doorstep. The chime of a bell springs me out of my spying position. A number of things need to be tended to before I am summoned. One last glance in the mirror reveals that the blow dry has lasted and the manicure has not chipped. What sticks out like a sore thumb, however, is the artificial pink piled on my cheeks. To tone it down, I grab tissues from my dresser and frantically rub the course material on my face.

Outside, I hear my parents trying their best to make my soon to be parents-in-law as comfortable as possible. Clinking glasses and clattering plates echo the anxiousness of the guests as they await my arrival.

An incessant ringing brings my attention to my phone: a text message from my friend inquiring the temperature of my feet. I tell her they are toasty warm, all the while thinking it is he who should be worrying. After all, I am about to grace his life. And no, I am not trying to downplay the state of my nerves. I know the roller coaster of emotions that are expected of a 20-year old about to be engaged, but those are not the feelings I am experiencing.

One thing I am unable to downplay is the unwavering smile plastered across my face. Although it is starting to hurt my cheeks, I cannot seem to contain the peace that is spreading throughout my body. Just any moment there will be a knock at the door, with the solitary intent of giving away my hand in marriage. The only motivation driving this entire ordeal is a boy, whom I have considered my soulmate since not long after I first met him, and if that means I have to look like a Christmas tree, then so be it.

Exactly 28 days earlier, the events unfolding before my eyes had been a distant possibility. I remember when he said he was going to tell his mother, I almost broke into a sweat and so did he. What if she says no? I wondered. Therefore, we said our goodbyes well in advance, just in case. Nonetheless, that did not make it any easier. In theory, it was a simple task: inform the parents about the state of affairs and wait for their verdict. But theories look better on paper. It was only after I had entertained every conceivable outcome that he finally called me. “Did she say no?” I asked pointblank. “No,” he responded calmly while my heart raced. “She said yes,” he added with a pause.

There is an enthusiastic twisting of the doorknob from the other side. Bring her, my mother tells my cousins. They giddily position themselves on either side, directing me ahead; not that it was needed since I was already halfway out the door. As I enter the lounge, I see papa and the look in his eyes: he appears hesitant but accepting, as always. Everything is moving at the slowest possible pace.

The bittersweet smell of jasmine begins to linger in the air. Though I cannot track the scent to its source, I am sure the flowers will soon make an appearance; one does not buy jasmine to be put aside.

There he is, more quiet than usual and yet jittery with nervousness. Why the attire for the night was supposed to be a secret is apparent from his blue shalwar kamiz and Sindhi topi (cap). It was his surprise. He had joked about showing up in his traditional garb to officially propose to me. I know there is going to be no quintessential, going-down-on-one-knee, kind of proposal, but this is good enough to convince me into giving him an approving smile. He has earned it.

Three years on, and six months since we officially tied the knot, I sit across him on the same couch. His faded blue jeans reminds me of the starched shalwar he wore that day. Since there is little to talk about now, I lean forward to grab a slice of pizza, one that is effortlessly snatched right out of my hand. There is silence. “Please let me eat the last one?” he solemnly requests. “All right. You have my blessing,” I tell him, my face breaking into an approving grin yet again. Some things never change.

This story is part of a series, Young Love, which is updated weekly.