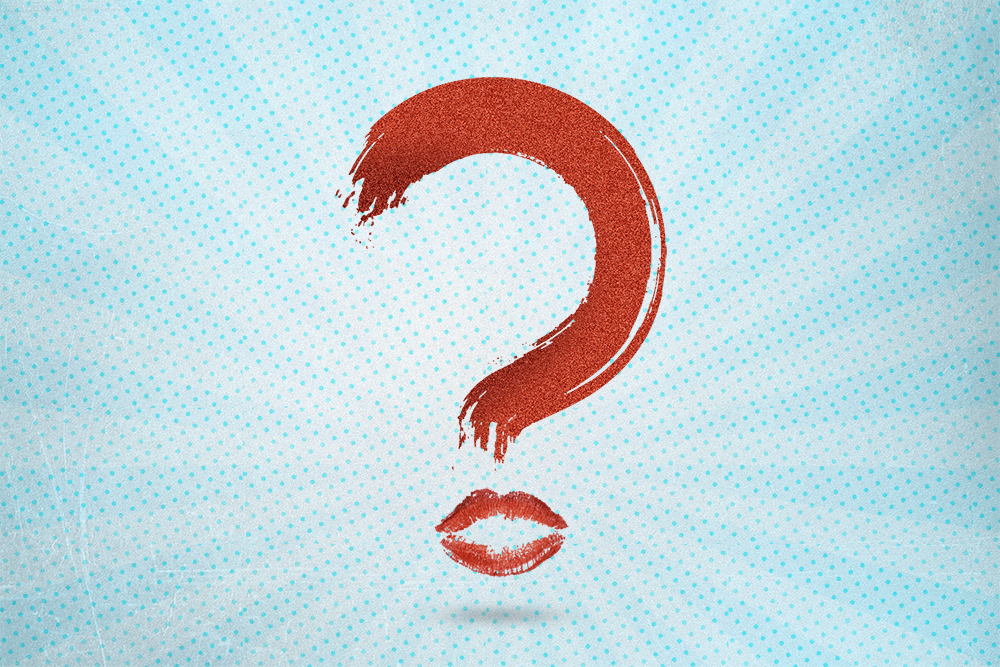 So you may remember the traumatic incident of my recent first kiss. I try to kiss Waseem and he pushes me away saying, ‘Dude, I want to be with you, not just make out with you behind the canteen.’

I didn’t tell anyone. It’s too embarrassing. But I started to think, did Waseem not want to kiss me ‘cause we’re too young to kiss? There are 30 girls in my class, and only three have kissed boys, as far as I know. My Mama didn’t kiss anyone until she was married (my Papa obvs, but even that I’m just assuming. Never seen them kiss). Same for my Nani, Phopo, Khalas, most people. Except the rogue Mamoos and Phupas who went off and had love marriages. It’s weird, in that generation, it’s like all the men did the kissing shissing while the women stayed at home all sharmeeli like. But that can’t be right, ‘cause then who were the men kissing? There’s some distortion in these stories. No one tells me the truth about anything.

I asked Shazia one day when we were hiding in the classroom bunking sports,

‘Shazia. You ever kissed a boy?’

‘Fizza and Noman are always kissing.’

‘Next thing you know, they’ll start doing it.’

‘Haan. Once you start, you just keep going and then that happens. And then her life down the drain.’ Shazia made an ominous face and shook her head as if she’s a fortune teller.

Then, I asked Fizza,

‘Fizza. When was your first kiss?’

‘Omg. You remember the date?’

‘How did you know it was time?’

I had to stop myself from rolling my eyes at this point. Fizza doesn’t know what love is, and Noman definitely doesn’t know. But I asked her anyway,

‘How did you know you loved him?’

She stopped to think a while. Then she said, ‘When you love someone, you don’t mind dying for them.’

Uff. Trust Fizza to come up with something so melodrama. She watches that Padmaavat film every weekend these days, that’s probably where she’s getting these lines from. But I’ve been dying to ask my Mama about this kissing business, and I can’t ‘cause I know she’ll kill me if she knows I tried to kiss a boy. But Fizza gave me a way in by connecting it to love, so I say to Mama when I get home, ‘Mama. Would you die for Papa?’

‘Hain? Die for Papa? Why would I give him that satisfaction?’

Mama’s funny like that sometimes. I continue, ‘Do you love Papa?’

Then I felt tears coming and was like, shit, my secret will be revealed so I quickly change the subject,

‘Nothing Ma. What’s the big deal? Can’t even ask questions now? You don’t love him or something?’

Ma went quiet then. After a while, she said,

‘Your Papa’s been away for a while, hena?’

‘I know.’ I don’t even care about that stuff. I just wanted to know about the kissing thing.

Then she took me in her arms, ‘Beti. Of course I love your Papa.’

‘Okayyyy. Whatever.’ I say, and I wrench myself free of her and go to my room. Tired of my OTT parents, I swear.

At my school, if you kiss a boy, sometimes you start getting called the S word. Slut. Fizza and Noman didn’t have this problem. I guess it’s ‘cause they’re still together. But it happened to another girl, Mahvish. She kissed Omar and then Omar broke up with her like two days later and started dating Safa, and everyone started calling Mahvish a slut. And if you’ve kissed more than one guy, then people will definitely start talking. Or if you have a boyfriend outside of school and then school people find out, then it’s the end. That happened to another girl, Sofia; someone saw her holding hands with a boy from her muhalla outside the school gates, and from then on everyone was like, ‘slutty sofia’. And some boy drew an obscene photo of her doing something and put it in her desk and when she found it she cried the whole day and had to be sent to the nurses office. Then she didn’t come to school for two days after that. So you have to be super careful how you behave. Again, all this only happens to the girls. But obv, this would have never happened with Waseem. He hasn’t told anyone about what happened. He never would, he’s not like that. But also, we haven’t spoken. He tried once. Two days after the incident. He came up to me at break and said, ‘Uhhh, Shugufta.’ And I looked at him as if I was looking straight through him, and I walked away. I was doing it so he knows how mad I am but I think he got the wrong idea and it just made him sad. He’s been looking so down ever since, and we haven’t even made eye contact. Maybe we should have just stayed friends, and I shouldn’t have done that stupid thing in the first place of trying to kiss him. I really miss him.