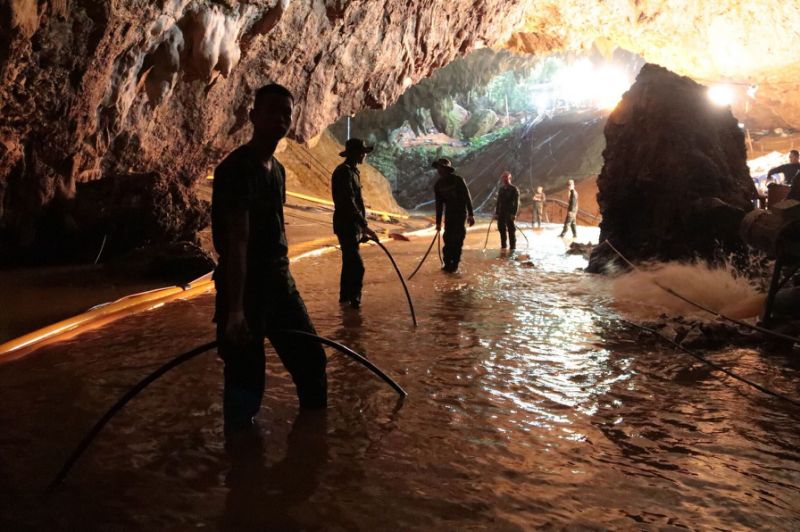 KARACHI: The world was breathing a sigh of relief on Tuesday, as reports came in that all 12 boys of a football team and their coach trapped in a flooded cave in Thailand were rescued after over two weeks.

It took an army of experts, swimmers and navy men to rescue all 13 people who got trapped after heavily rains causing flood in the area. The Thai boys, aged between about 11 and 17, and had to undergo to a crash course in diving and were accompanied by two divers on their way out, according to the BBC. The path was dangerous even for skilled navy men, one of whom lost his life during the operation and is being hailed a hero.

Here, we try to trace the whole story, which had the world on the edge of their seats, through numbers:

is the age of the youngest member of the football team

is the number of experts, including 40 from Thailand and 50 from other countries, that took part in the rescue operation

is the amount the level of oxygen had fallen in the space where the boys were trapped. The usual level is 21%.

is the number of casualty during the operation. Former Thai Navy diver Saman Gunan died on his way back from delivering oxygen tanks to the trapped boys