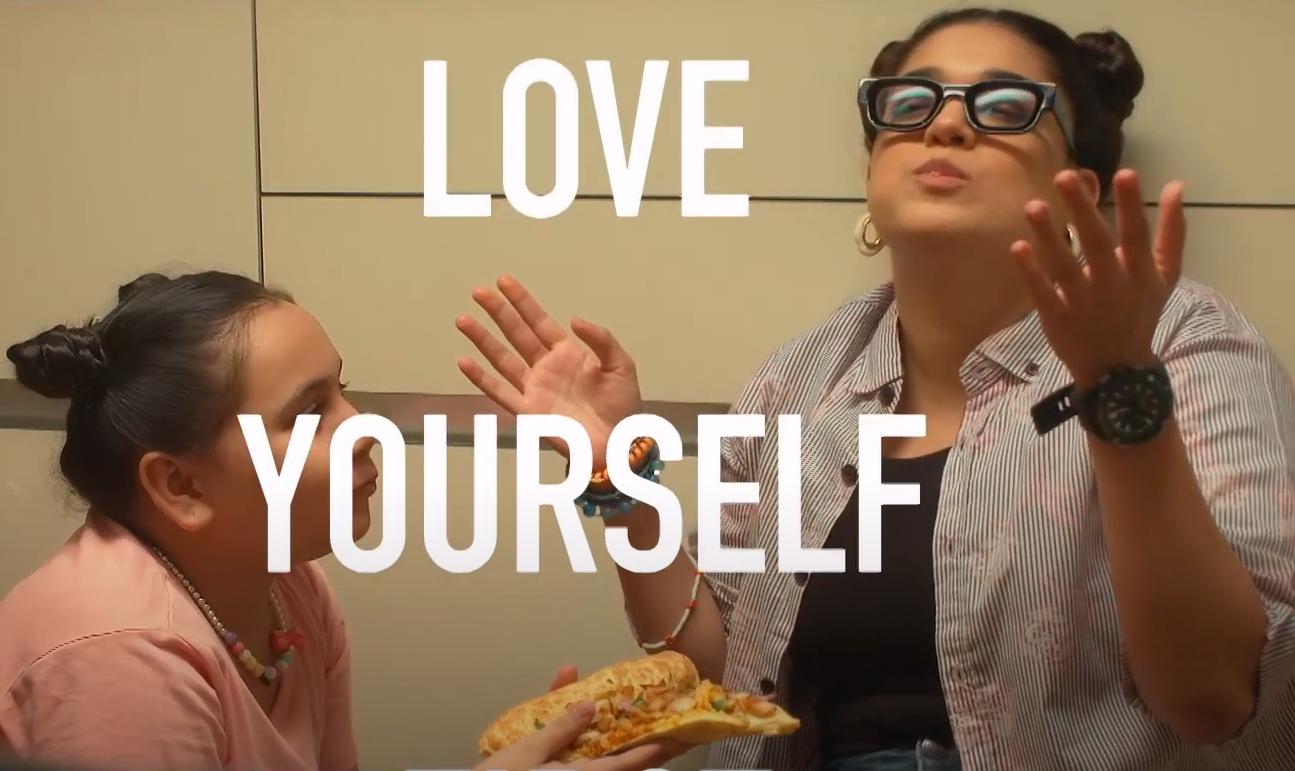 KARACHI: If there is one thing that we, as a desi society, love to indulge in, it is commenting on other people’s physical appearances. Exteriors might be the first thing that meets one’s eye but they do not necessarily have to be commented upon. Specially if the comments are nonconstructive and put the other person down. And that is exactly the point Sanam Jung wants to make with her new drama, Pyari Mona. Playing the titular role of Mona, the first teaser introduces us to Jung’s character who is goofy, fun and confident. Mona loves food and there is no hiding that. The world might consider her to be ‘fat’ but she prefers the term ‘healthy’.

However, while Mona might be very comfortable in her own skin, society is not pleased with her going against the standards of beauty. In a world where ‘thin’ equals to ‘beautiful’, people like Mona are made to feel inferior. They are constantly questioned about their weight, told to watch what they are eating, and their bodies made subject to constant scrutiny. Which is why Sanam Jung felt the need to play her role in shattering these shallow standards through her drama.

“Taking up this role was a conscious decision. As an actor we have some social responsibility to start uncomfortable conversations. Body shaming ails every strata of our society. Sadly, women are being judged all the time for the appearance, particularly weight. They are subjected to unkind remarks like “Kitni moti ho gayee ho”. It’s very traumatic emotionally and mentally,” Jung wrote while introducing her character to her followers. “Girls as young as in early teens are under so much pressure from parents, peers, society that they are always watching their weight. It’s ingrained in them from childhood “no one will marry you if you become fat.” Major health ramifications too—anorexia, mental health.”

“The idea is to make the subject of body shaming, mainstream conversation. People should be made aware how people who don’t fit in the pre-established norms of appearances, suffer and why it’s important to not be judgmental. “My body, my wish,”” concluded the actor.

Also sharing the screen with Sanam Jung in Pyari Mona are Adeel Hussain and Muhammad Hunbal. Details regarding the release of the drama are yet to be revealed though it will air on Hum TV.

Demi Lovato shuts down body-shamers with her latest photo