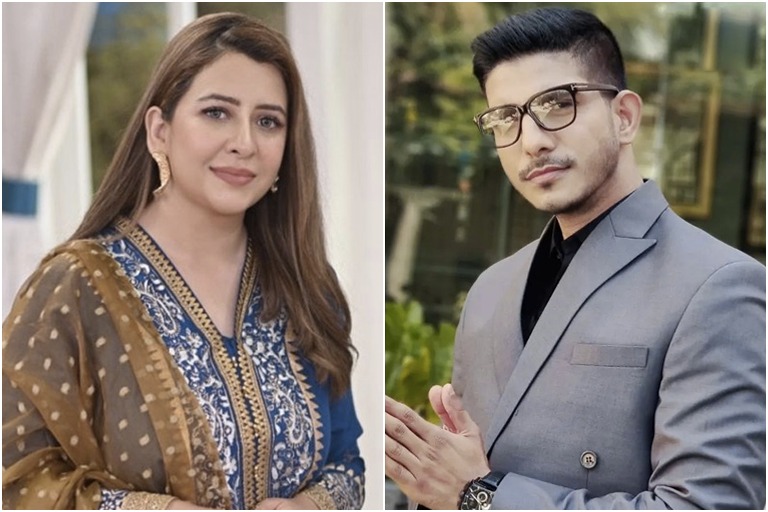 KARACHI: Domestic violence in Pakistan continues to be one of the most prevalent forms of violence against women and yet, not enough people talk about it. It is specially brushed under the carpet if a famous celebrity is accused of domestic violence. While fans may continue to support their favourite actor, other people from the industry seem a bit hesitant while holding the abuser responsible. Most commonly, the accusations are then refuted by the person who claims that all evidence is false. Something similar happened when Mohsin Abbas Haider was accused of domestic violence in 2019. While there has not been any obvious considerable damage done to his career, an act by a colleague earlier today reminded many of what it truly means to speak up against abusers.

The events unfolded on Nida Yasir’s morning show Good Morning Pakistan on ARY Digital. A few minutes into the episode, Rabia Anum Obaid, who was one of the three guests, announced that she will be leaving the show. Rabia Anum decided to walk out because amongst the other guests was Mohsin Abbas Haider, an alleged abuser.

“I’m sorry for whatever I’m going to say, you know how much I love you. This show, this channel, everything is very close to me. But today I think we are talking about mistakes made in childhood…but there are some mistakes in life that never leave you. And I don’t want to make a mistake like that today,” Obaid began.

“And that mistake is that there is something that I have taken a stand for, somehow very close to me,” Obaid went on to explain how she had no idea that Mohsin Abbas was also invited to the show. “When I came to the show today, I knew that Fiza was invited because Salman bhai had told me. But I did not know about the other guests. There is a thing that I have taken a stand for and that is domestic abuse. And I have taken a huge stand for it. So I feel like if a small part played by me can create even a drop of a difference and save my daughter or friend tomorrow, I have to do it. For this reason, I don’t want to be a part of this show.”

With tears in her eyes and an apologetic tone, Obaid announced her departure, “If I sit through this show today, I will not be able to face my friends, my colleagues, and maybe all those girls for whom I might have to take a stand or have taken a stand already. So to take care of that, I cannot be a part of this show. I’m sorry.”

After Rabia Anum Obaid refused to share the floor with Mohsin Abbas Haider and walked out of the show, the internet was full of praises for her. Many commended her bravery and stated that this is truly how one stands as an ally of victims of domestic violence. Others believed that she had set the right example for others in the industry and even media houses who need to stop inviting such men.