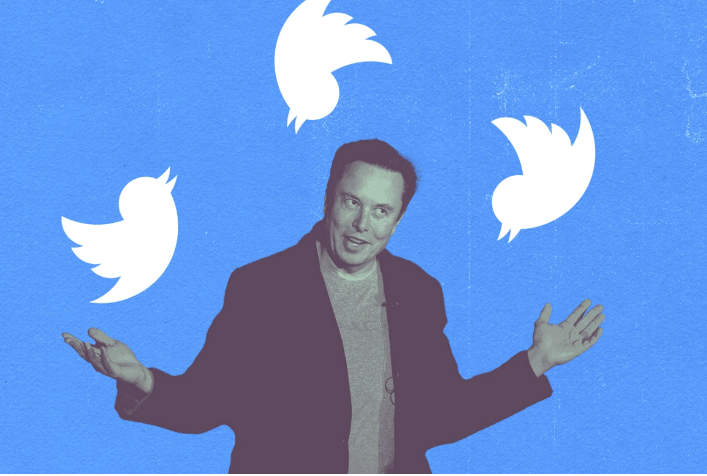 KARACHI: Elon Musk might have taken over the reigns of Twitter in late October, but he’s hard at work undoing quite a lot. The bid for the social media site began in April for $4.4 billion and Musk claimed he he wanted to turn Twitter into a private company and allow people to speak more freely on the service. Now that he has taken over, there has been a systematic dismantling of the site. From being able to pay for verification, to major layoffs, to accounts disappearing, here is all that has happened since Elon Musk bought Twitter.

One of the very first things Elon Musk did when he became the owner of Twitter was to fire top executives. Within hours of the deal being closed, the controversial billionaire laid off CEO Parag Agrawal, CFO Ned Segal, and head of legal policy, trust, and safety Vijaya Gadde.

Elon Musk fired the entire team that identified that the Twitter algorithm amplifies right-wing voices over others.

Not the first time we have seen staff — particularly Black employees — punished for flagging how their company’s products enable & amplify racism. #TwitterLayoffs

Yesterday was my last day at Twitter: the entire Human Rights team has been cut from the company.

I am enormously proud of the work we did to implement the UN Guiding Principles on Business & Human Rights, to protect those at-risk in global conflicts & crises including Ethiopia,

And that was just the beginning. The week after Musk continued his firing spree including Twitter’s Ad Chief, General Manager of Core Tech, and Chief Marketing Officer Leslie Berland. An estimated 50% of the staff has been laid off for what Musk explained was a result of, “pretty serious revenue challenges and cost challenges.”

Just IN: Elon Musk fires 90% of twitter employees in India, likely to shut down Twitter Office in India. -Bloomberg

In the meantime, Musk hired more than 50 Tesla engineers to work for Twitter and also established his circle of advisors.

Regarding Twitter’s reduction in force, unfortunately there is no choice when the company is losing over $4M/day.

Everyone exited was offered 3 months of severance, which is 50% more than legally required.

There was once a time when the blue tick next to a Twitter handle would be a milestone to achieve. Celebrities, politicians and journalists would have the revered mark to establish that it was actually them and not anyone else pretending to be them. But not anymore.

Now, users can buy the verification mark for just $8. Many Twitter users fear that the social platform that public agencies, election boards, police departments and news outlets use to keep people reliably informed could become lawless if content moderation and verification are commercialized. Funnily enough, actor Kathy Griffin was banned from Twitter for changing her name to Elon Musk with the verification tick next to her name and began Tweeting as though she was him.

BREAKING: Kathy Griffin has been suspended from Twitter for trolling Elon Musk by changing her profile image and name to Elon Musk and posting a tweet in his voice.

Going forward, any Twitter handles engaging in impersonation without clearly specifying “parody” will be permanently suspended

Following Elon Musk becoming the owner of Twitter, model Gigi Hadid announced that she was leaving the social media platform. She shared the reason for her departure on Instagram and explained, “For a long time, but especially with its new leadership it’s becoming more and more of a cesspool of hate & bigotry, and it’s not a place I want to be a part of.”

“Especially with its new leadership, it’s becoming more and more of a cesspool of hate & bigotry, and it’s not a place I want to be a part of.” pic.twitter.com/NM3LdOd7pn

She explained that she no longer feels like it is a safe place for anyone. Interestingly enough, Musk has been vocal about allowing the right wing to speak more freely. He was in favor of lifting the ban on former President Donald Trump’s account. And within 12 hours of his arrival as owner, there was a 500% increase in use of the N-word on Twitter, according to a study from the Network Contagion Research Institute.

Evidence suggests that bad actors are trying to test the limits on @Twitter. Several posts on 4chan encourage users to amplify derogatory slurs.

For example, over the last 12 hours, the use of the n-word has increased nearly 500% from the previous average. pic.twitter.com/mEqziaWuMF

Gigi Hadid is not the only celebrity to go off from the platform, although many are curious whether Elon Musk’s ex Amber Heard left willingly or if she was banned.

And to think that it has only been 12 days since Elon Musk took over!