The undefeated team vs the most unpredictable one: Pakistan does it again 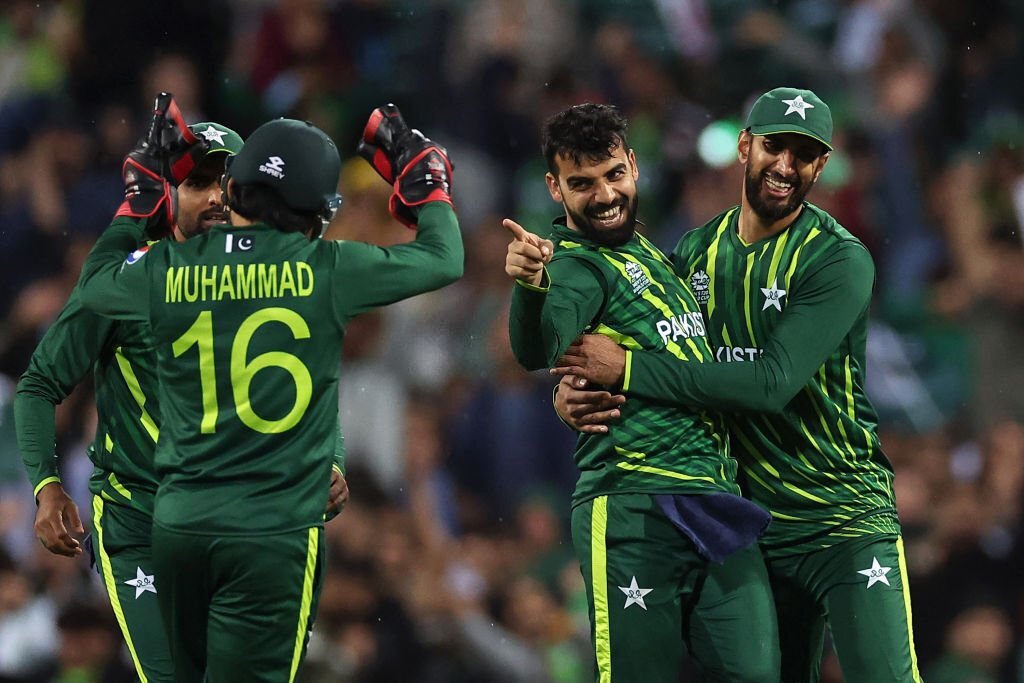 KARACHI: It is never a dull day when the Pakistan Cricket Team takes the stage. While we had a rocky start to the Men’s T20 World Cup, fans were not willing to lose hope just yet. The biggest hurdle was the Pakistan vs South Africa match. And what a match it has been! In true Pakistani style, the men in green ended up winning against the only undefeated team in the World Cup so far. From one of the fastest fifties, to celebrating new talent, this Pakistan vs South Africa face-off is one that will not be forgotten anytime soon!

Only Pakistan cricket can have such a start to the tournament & then become the first & only team to beat the only unbeaten team in this #T20WorldCup . 🙏🏽😂🇵🇰 #pakvsa

Over the past few matches, one fatal flaw in the Pakistan team has been their middle order. And so a lot of hopes rested with Mohammad Rizwan smashing his way to a defendable score. But things weren’t looking too great for us when Rizwan got out early in the match. Turns out, we had nothing to fear because Mohammad Haris took it on himself to set the stage for Pakistan’s win by scoring 28 runs off just 11 balls!

Chacha was not playing games during the Pakistan vs South Africa match. He came with one intention and that was to smash every possible ball and did he deliver! His 106 meter six has been the biggest of the tournament.

The whole country made fun of him when he said, “Australia may chakay marna koi bara masla nahi hai”

Remember his last six was the biggest one of the tournament.

It’s like Shadab Khan woke up today and chose victory. The all rounder dominated the field both while batting and while bowling. He scored the second fastest half century making 52 runs off just 22 balls. Watching him smash boundary after boundary was the treat fans desperately needed!

from this to thaaaat !!!

have learnt sth from @76Shadabkhan khan,

Shadab Kahn during the Pakistan vs South Africa match was a gift that just kept giving. Once the first innings was over and he exchanged his bat for a ball, things only became better for the vice captain. The first ball of his over was a wicket and a few balls later was another one!

The nail-biting match confirmed what we already knew and that is that our bowling and fielding are phenomenal. Shaheen Afridi and Naseem Shah continued to wow us with their bowling while Waseem Jr. proved why he was deserving of his spot on the team.

And the fielders made sure, despite the slippery ground, to not drop a catch!

What a brilliant game of cricket!

Here’s how Pakistanis are reacting to our first #WorldCup2019 match