Dear Betiyaan, stop getting tossed around 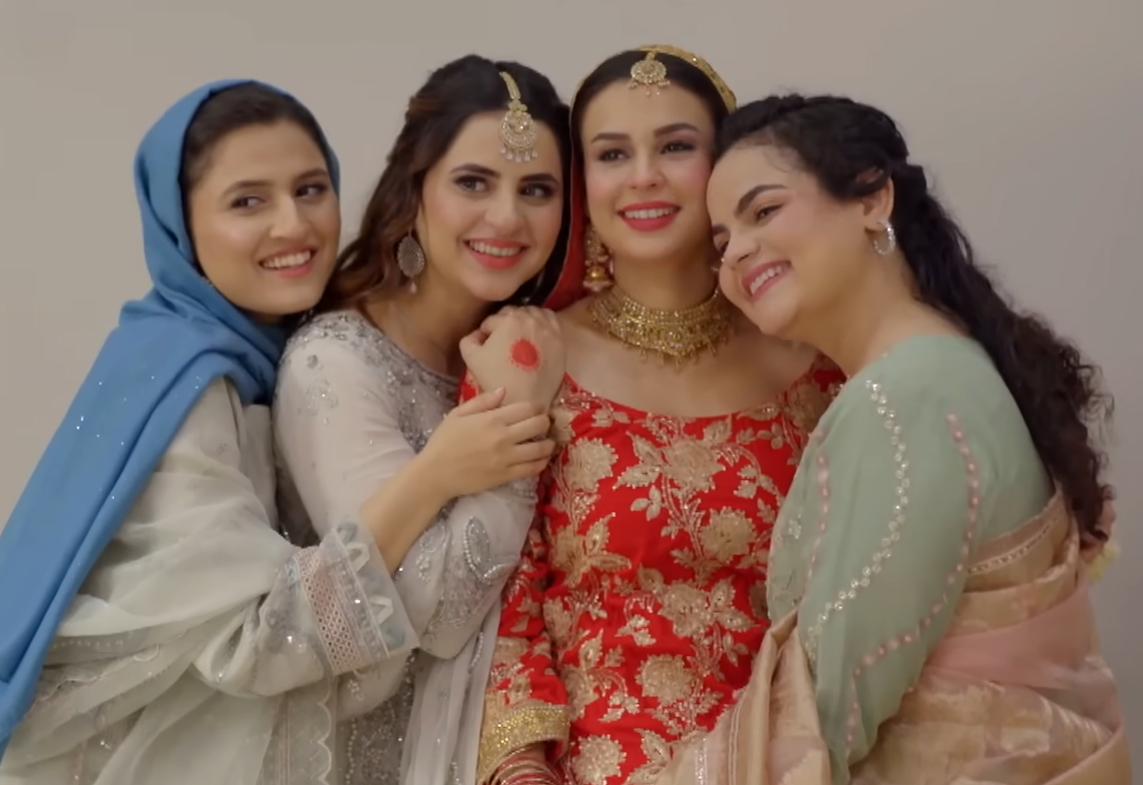 KARACHI: It’s never a good day in the drama industry when a show named Betiyaan is about to start. The word automatically has a negative connotation to it in desi societies, specially ones that are portrayed on television. The cherry on top is the poster which shows an old man hugging his five daughters. Surely, nothing good could come out of this equation. Yet, somehow we end up falling for these dramas and watching the same. Betiyaan on ARY started off the same way any Pakistani drama with a majorly female cast starts off. The daughters are divided into categories of obedient, smart and full of life. The other two women, the phuppo and daadi, are of course the antagonists who spend each breath reminding the father of his poor fate.

While only 5 episodes of Betiyaan have aired so far, there is so much about the drama and the treatment of daughters that boils our blood. Fatima Effendi plays Fizza, the eldest daughter. Naturally, Fizza needs to be married off first and as soon as possible so that the ball can get rolling for the rest of the sisters. However, Danish (Fahad Sheikh) who is the potential suitor for Fizza ends up liking the second sister, Ayeza (played by Mah-e-Nur Haider).

At first, the girls’ father (Syed Muhammad Ahmed) refuses to tie the knot between Danish and Ayeza because how would he do this to Fizza? Moreover, how could he expect Danish and his family to respect Ayeza if they couldn’t respect Fizza? This sanity lasts a whole minute before the father is convinced by Danish’s father how it is better for the guy to have stated the truth before marriage instead of spending an unhappy life with Fizza.

The plot worsens when Ayeza commits a crime bigger than murder in our society: she falls in love with another man. Saad (played by Osama Tahir) is Ayeza’s classmate and a perfectly decent man and the two plan on getting married. That is, until Ayeza is engaged to Danish. Saad tries convincing both, Ayeza and her father but of course, Ayeza can never let her father be disappointed in her so she sacrifices in the name of honour and cuts off ties with Saad.

Throughout the ordeal, Fizza puts on a smiling face and seems genuinely happy for her younger sister getting married to the man she perhaps liked. That is, until the day of the wedding. While waiting for her baraat to arrive, Ayeza gets a phone call from a friend who tells her that Saad has poisoned himself. Without telling anyone, she rushes off to see him. When the baraat arrives and the father finds out that his daughter has run away, a whole new stream of tears and badnaami is let out. Never mind looking for the missing bride, the bigger issue at hand is the groom waiting outside and what the guests are going to think about the situation.

The man with all the solutions, the groom’s father makes another preposition. Why don’t we get Fizza married to Danish? After all, it was Fizza they had initially considered. Fizza retaliates for a total of thirty seconds before her poor father looks at her with miserable eyes and daadi chants in the background about how his daughters are going to grow old without anyone ever marrying them.

Danish, too, retaliates but like so many of our on-screen male leads, he is threatened by his father who says the magic words ‘main tumhe jaidad se aagh kar dunga’ and Danish is left helpless. So Danish and Fizza get married all while Ayeza is missing from the venue.

As a woman, one cannot be sure what is more infuriating to watch in the drama. Whether it is Fizza’s inability to say more than a sentence in a full scene, Ayeza’s desperation to marry anybody in order to keep her father’s honour intact or the father’s learned helplessness. Even worse than all of this combined is the audacity of Danish and his parents to constantly switch girls as per their convenience. Being a man, Danish can decide who he wants to marry but God forbid Ayeza express the same. His mother is convinced that a father of five daughters would never dare to refuse a proposal, regardless of which daughter it is for. While Danish’s father believes himself to be the most sane of them all, convincing the other person that it is worse for a baraat to return empty handed than to marry two people off who are not made for each other.

Fizza’s father literally chooses for his daughter to be sent off into a house where no one respects her, where her husband tells her straight off the bat that he would much rather divorce her, and the mother-in-law warns her never to show her face to Danish again. But of course, all of this is secondary because atleast Fizza is married now, right? At least the father’s honour is in tact? Why do daughters, specially five of them, deserve to be in happy stable situations anyway? Atleast the father did not set all of them on display and ask potential suitors to pick anyone they liked? Atleast one of them got the prize, even if it was only for second place.