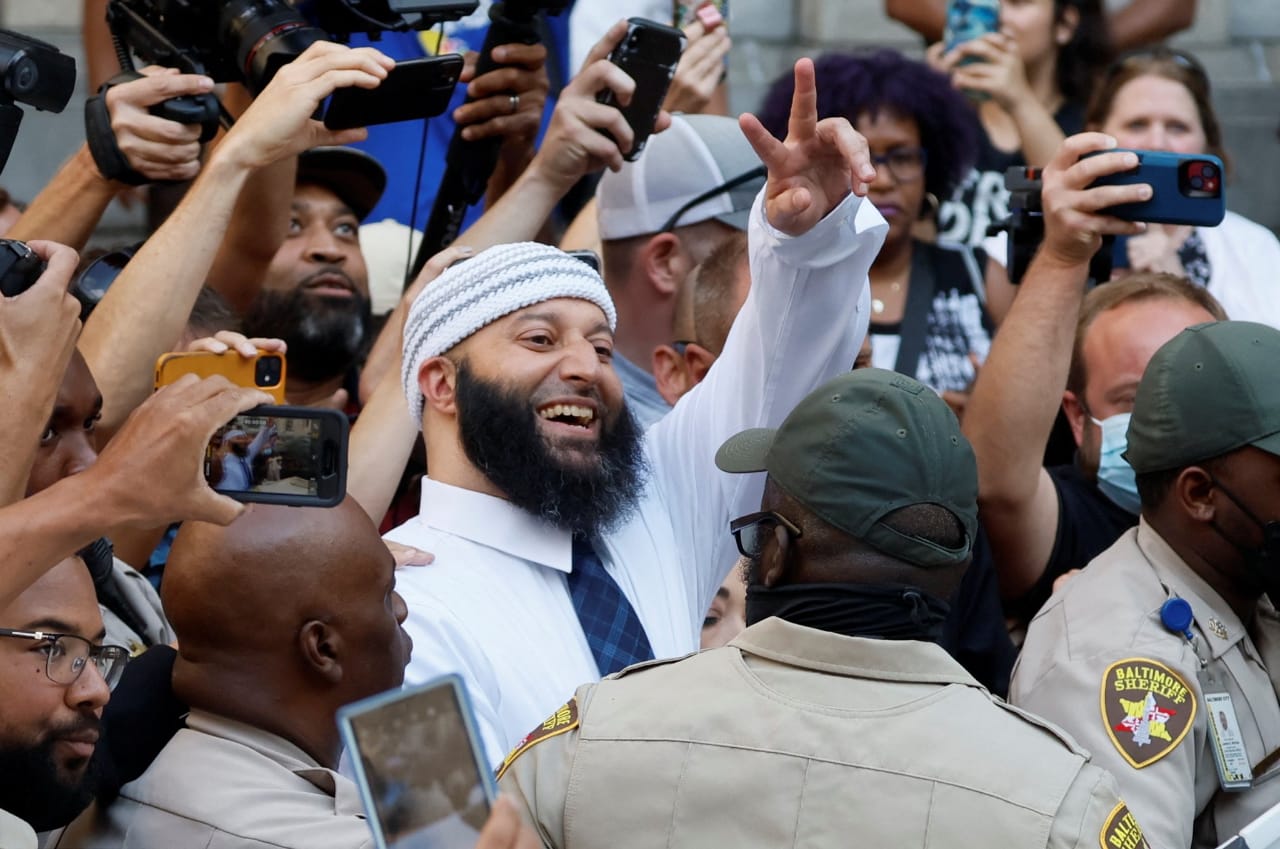 KARACHI: Before 1999, if anyone were to ask who Adnan Syed was, they would tell you he was a good son born to hardworking Pakistani immigrant parents and had strong ties to the Muslim community. But Adnan Syed was more than just that. He was a typical teenager. He was a good student who played football. He worried about his looks and smoked pot and had a secret love life that he hid because he knew his parents would not support it. What was as normal as could be in the life of an American teenager became an admission of guilt when Syed’s girlfriend was found murdered and he was sentenced to life in prison for her murder in 2000. Now 23 years later, countless appeals later and probes into the flawed investigation, the conviction of Adnan Syed has been overturned.

23 years lost.
A quarter of a lifetime.
A whole lifetime for some.
Free. Finally.
For now. #AdnanSyed pic.twitter.com/vZQuFLScNt

Last week, prosecutors for the case asked that the conviction be thrown out after a year long review of the case had found two “alternative suspects.” The Baltimore Circuit Judge Melissa Phinn explained that she was vacating his conviction “in the interest of fairness and justice.” She also added that the state had failed to share evidence that could have helped his defense at trial. However, this does not mean that Adnan Syed is innocent, it simply means there will be a new trial to figure out who murdered Hae Min Lee.

At the time of the original hearing, it was argued that Adnan Syed was a scorned lover who murdered Lee after he found out she was dating again after their breakup. They also argued that he hid her body, with the help of a friend, in Baltimore’s Leakin Park. The prosecution’s primary evidence was on mobile phone location data even though that has since proved to be unreliable.

19 years ago to day Hae Min Lee left Woodlawn high school and disappeared. Nearly a month later her body was found in Leakin park in Baltimore city. 3 years ago #Serial brought the story to the world. But there is much more to the story than Serial. Thread: 1/ pic.twitter.com/nDtQGB0UYJ

The case of Adnan Syed gained popularity in 2015 when the podcast Serial re-investigated the case. It set off a debate on whether Syed had committed the crime or not and while the host Sarah Koenig did not have a stance on the matter, she said that the podcast did poke some holes into the investigation that led to the conviction. So much so, it convinced a judge in 2016 had Syed did not receive adequate defense at his trial. Serial tweeted that it would host a special episode on the recent developments on the case.

A timeline of the Zahir Jaffer court case