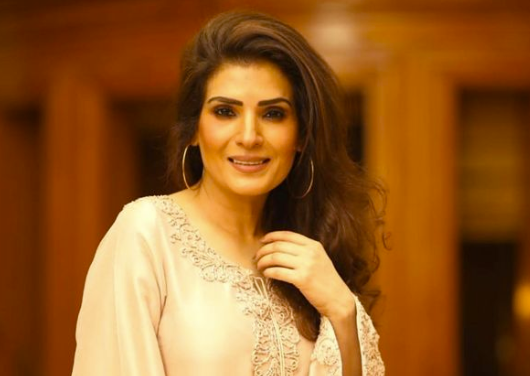 KARACHI: It has been a rough few days for veteran actor Resham. The Naagin star was filmed throwing plastic into a river and when called out, she issued an even more bizarre apology. When that drew in more criticism, Resham took to Instagram to make a formal apology for her actions.

It all began with a video of Resham, who seemingly stopped her car in the middle of the highway to throw chunks of meat and slices of bread into a body of water. As bizarre as her actions were, what really shocked people was the fact that she threw the plastic wrapping into the water as well. Considering how there is a global effort to reduce plastic consumption especially because of the effect it has on sea life, people were livid. Some even pointed out how people affected by the floods were starving and needed food more than the fish.

Agreed! This video gives me anxiety.
1. Feeding the fish that plastic too???
2. Dawn Bread(ok I ignore meat) to be fed to ‘fish’ while humans are crying for a single piece of roti even.
3.Donation with such display?
Who made them celebs?🤦‍♀️#Resham https://t.co/9KVDLoHsEv

However, the day after the video made rounds, Resham spoke to The Friday Time in what seemed to be a lackluster apology. In her apology Resham said, “I admit to having made a mistake by dumping plastic into the flood water but women are gang raped everyday.” She went on to say, “Violence against women is commonplace, yet, everyone’s blinded by a piece of plastic. They are dwelling in a fool’s paradise. I was merely offering sadqah (charity).” She also blamed COVID for not letting her think straight, “I tested positive for Corona twice and I happen to be absent-minded because of that.”

Her apology did not sit well with many and so the actor took to social media to issue a more formal one. She began her video by urging fans to accept her apology and said, “Whatever happened, should not have happened.” She assured those watching the video that her actions were not intentional and that on personal level she is strongly against pollution of any kind and it is every citizen’s duty to keep their country clean. Resham in her apology said, “Humans make mistakes and I also made a mistake,” and she even went on to call her actions “the biggest mistake of her career.”