Love these songs? You probably shouldn’t 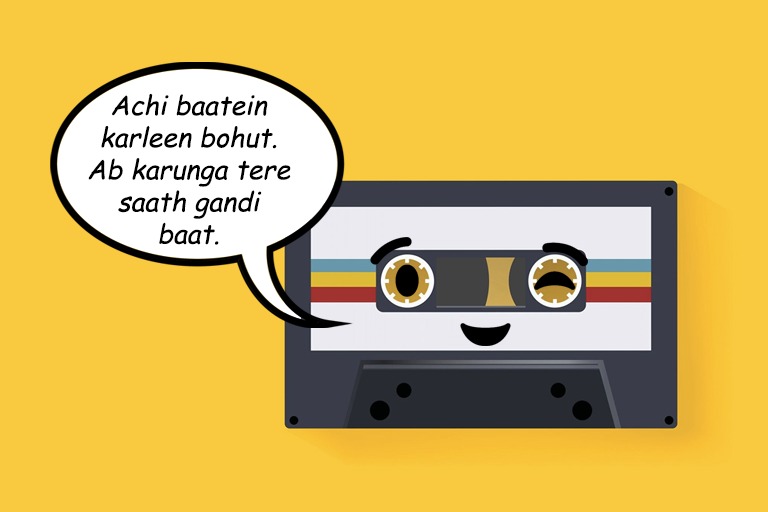 KARACHI: Have you ever found yourself jamming to a song when all of a sudden you focus on the lyrics and realize something is not right? You’ll be surprised to know just how many popular songs have problematic lyrics! From being violent, to derogatory to outright creepy, the lyrics are so messed up that you cannot listen to the song without feeling like you are doing something wrong! Here are some of the most problematic songs and their lyrics.

Pumped Up Kicks – Foster the People

There is nothing scarier than the news of school shootings making rounds in the news. And that is exactly what ‘Pumped Up Kicks’ is about! The upbeat track is all about how a kid finds a gun in his father’s closet and then takes it to school and basically shoots up the popular kids. The song is disturbing to say the least!

Lyrics: “All the other kids with the pumped up kicks, you better run, better run. Outrun my gun.”

The 2013 track soon became to be known as a rape anthem. The entire song was about how Thicke is convinced that a woman wants him, even though she isn’t explicitly saying that she does hence the “blurred lines”. That is not the only problematic thing about the song though. It is incredibly sexist and belittles women as an “animal” that need to be “domesticated.”

Lyrics: “I hate these blurred lines. I know you want it, but you’re a good girl. The way you grab me, must wanna get nasty.”

One Way or Another – Blondie

Released in the 1970s, ‘One Way or Another’ is still incredibly popular with several remakes being sung over the years. But focus on the lyrics of the song and you’ll realize just how problematic they are. The song is about a stalker and is actually based on the lead singer’s own stalker who forced her to move to a different city to escape him!

Lyrics: “And if the lights are all out, I’ll follow your bus downtown, see who’s hanging out.”

The quircky video and catchy tune made the song rise to the charts when it was released. But there is one lyric in particular that just rubs us in the wrong and that is when Zafar sings about how he’ll whisk the girl he’s wooing away. It’s hardly romantic when a guy tells you he’s just going to abduct you!

Whether you listen to the original song or the Coke Studio version, this song has some pretty problematic lyrics! A girl is all but pleading to a boy to not harass her on the streets because she’s going to become the talk of the town. The boy in question, doesn’t really care because he wants to take his claim on her.

To be fair, when have Bollywood songs ever been known to be non problematic? This song in particular has some very creepy rape vibes about a man who doesn’t care how much the woman protests, she will eventually give in to his desires.

Bollywood romances want us to believe that men following us around, harassing us and being all but crude is something romantic, which shows just how problematic their concepts are. In this particular song, the lyrics are nothing short of crude towards a woman who just isn’t interested!