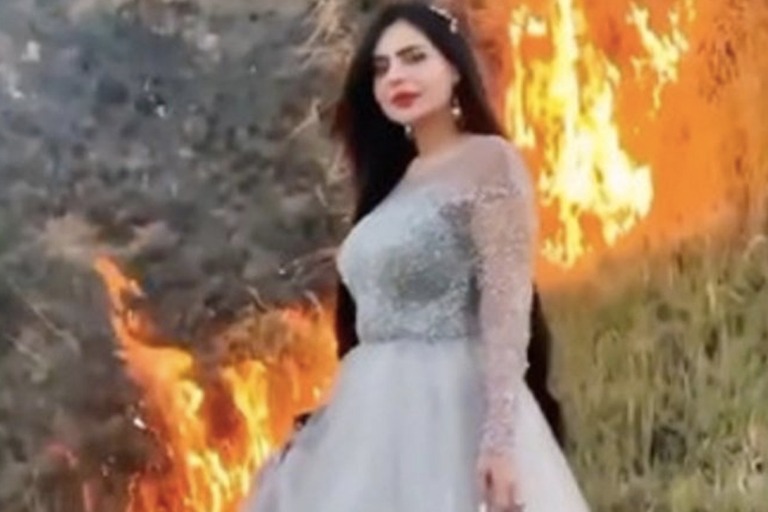 KARACHI: Only last year, TikTok remained under severe scrutiny in Pakistan for the nature of content available on the app. 2022, however, seemed to be going well for the social media app until a recent controversy sparked up again. This time, TikToker have been setting Margalla Hills on fire for their videos. And the incident is reportedly not an isolated one. One TikTok user to have come under special scrutiny is Dolly who shared a video of herself posing in front of the fire.

Humaira Asghar, also known as Dolly who has more than 11 million followers with a verified account on TikTok, allegedly set Margalla Hills on fire for one of her videos. Soon after, Chairperson of the Islamabad Wildlife Management Board, Rina S. Khan Satti, took to Twitter to say, “This is a disturbing & disastrous trend on Tik Tok! Young people desperate (for) 4 followers are setting fire to our forests during this hot & dry season! In Australia it is lifetime imprisonment for those who start wildfires. We need to introduce similar legislation.”

Now, an FIR has been registered against Dolly under the Environment Protection Act 1997 and Life Protection Preservation Conservation and Management Ordinance 1979

While Dolly says that she did not start the fire and was merely making a video in front of it, videos of other individuals setting the bushes on fire have surfaced. Earlier this month, another man was arrested in Abbottabad for starting a forest fire for a video. Later, he was taken into custody.

In response to the situation, TikTok released an official statement stating that, “Any content that promotes dangerous or illegal behaviour would be a violation of our community guidelines and is not allowed on our platform.”