As a desi daughter, will my parents never need me? 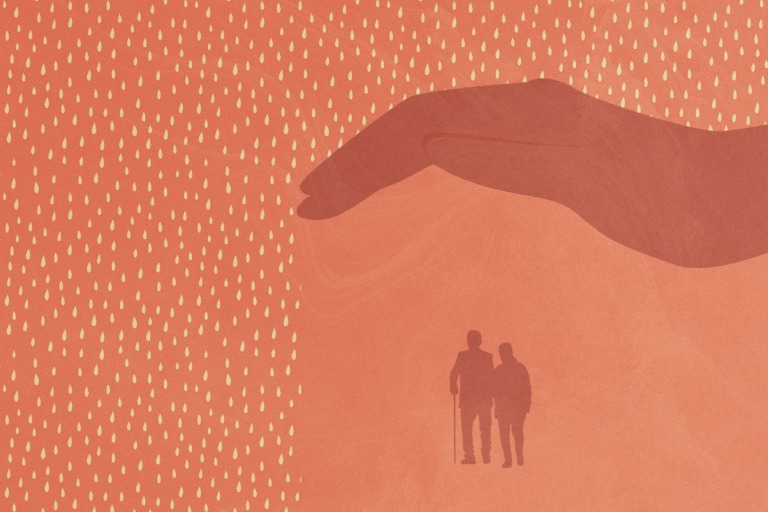 KARACHI: I was in grade 10 when I learnt about the empty nest syndrome. It was taught to us briefly. A concept of the West. For desi households do not have the concept of a kid moving out as soon as they turn 18. Heck, we don’t even move out at the age of 27. Little did I know that more than a decade later, I would be sitting in my house, watching my parents become empty nesters as unspoken grief and silences filled with laughter make their way into our lives.

If there is one thing you hear growing up as a desi daughter, it is that you will eventually move away to your ‘own home’. Your parents’ house is only a temporary setting. ‘Larkiyan toh hoti hi parayi hain (girls are never yours to begin with)’ is what we love to tell parents of girls. Sons, on the other hand, are born as saviours of the family. The ones who will carry the family’s name forward. ‘Larkay hi burhay maa baap ka sahara bantay hain (sons are the ones who look after parents in old age)’ is yet another popular saying.

Except that it is not always true.

My sister got married and moved out eight years ago but it wasn’t until a couple of months ago that she moved to a different continent. You would be surprised to find out how much role geography plays in emotions. We are used to staying connected with her digitally but there is a strange sense of distance that can be felt even through a mobile screen when you know the other person is nowhere close to home. My brother, on the other hand, got married five years ago and we had been living in a joint family system ever since. Except that he moved to a different country last month.

Switching to a new job, he decided to make the move in search of better career prospects. My dad and I were the most supportive of his decision while mom continued to mask her grief over phone calls with her relatives whose own children moved away decades ago.

Being the youngest of three siblings, I was always seen as the ‘spoilt’ one. After all, parents can never say no to the youngest child, right? Apparently we also don’t have to follow the same set of rules that our elder siblings were expected to follow. Being a desi daughter meant that I was supposedly free of all sorts of responsibilities. My existence only had one goal: find the perfect match as soon as possible and get married.

What no one prepares you for is the emotional responsibility that comes with being the only child in the house. The transition from the youngest sibling to the only child (physically present) in the house was a gradual one for me. But the transition from a young woman just starting to progress as a person and a professional to a daughter who has to look after two parents came as a whirlwind.

My parents are blessed in more ways than most. They are financially independent and physically healthy. They both have routines and activities that keep them occupied. But they are also at a stage in their lives where family is everything. They may have friends but they don’t have weekend plans every week. When they think of going out, they imagine stepping out with the whole family instead of a night out with friends. I am at the opposite stage in my life. Working from home, the only time I step out is to hang out with my friends. A night out for me does not necessarily involve family.

But I know my priorities have to change now. I don’t have to stop living my life, of course, I just need to find ways to accommodate all the people that I care about. And that’s the thing about being a desi daughter, no one expects these things out of you. You could tell your story to anyone only for them to say ‘but no one asked you to do that’. I can bet half of my relatives won’t even understand what I mean by emotional support. They would much rather focus on what my parents no longer have than pay attention to what has stayed.

The guilt that comes with being a brown girl also never ends. Out of my brother and sister, I’m sure the latter feels more guilt for being away from her parents. I stayed and yet I feel guilty. What if I’m the only thing holding them back? Would my parents even be in this situation had they not had a daughter to look after in Pakistan? Would I give up my career here just to be able to move out of the country with my parents and support my brother’s career?

Desi parents are also the prime example of how humans are never happy with anything that they have. For them, grass is almost always greener on the other side. Look at my parents, for example. Their hearts are filled with grief because two of their children moved out. Yet, they cannot wait for the third one to get married and leave as well. They long for the children who left to come back, yet they could not pack my suitcases fast enough if I were to find a partner tomorrow.

Which brings us back to the brown daughter guilt. What if I’m adding to my parents’ grief? What if me staying is the problem, instead of the light at the end of the tunnel? What if my brother leaving was never the cause of distress to begin with? Did they even ask for the emotional support I’m supposedly providing? Is this all an act of selfishness on my part? As a desi daughter, will I ever be anything other than selfish?