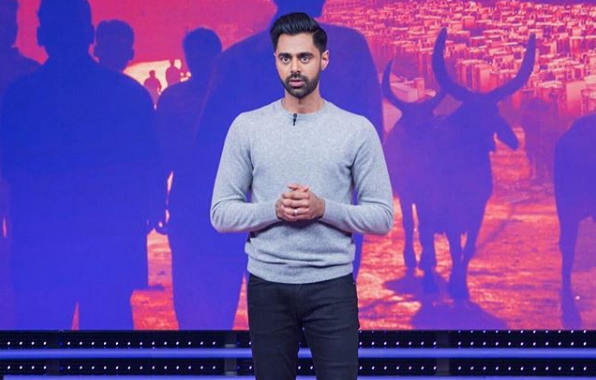 KARACHI: Comedian Hasan Minhaj recently appeared on Ellen where he spent a good portion of his time correcting Ellen DeGeneres on the way she pronounced his name.

The comedian took his chance to set the record straight about the pronunciation of his name to be ‘Has-san Min-haj’ as said in the above video. Ellen, upon asking him if she was pronouncing his name right when she called him ‘Ha-saan Min-aaj’ ( like Nicki Minaj), to which he quickly replied ‘No.” The comedian expressed that he was going to “do this on national television” before confirming the true pronunciation of his name.

In the interview with Ellen he is seen to say “it’s a big deal because my parents are here”, hinting that those who gave him the name deserve the decency of having their son’s name pronounced right- which very often people are unable to do. He further compared his name to that of other famous people, such as Ansel Elgort, whose names are pronounced properly and there is no pressure on them to change their name. He said that he has no inclination to change his name and would prefer if people learn to pronounce people’s real names.

On Saturday, via his show, The Patriot Act‘s Twitter page, a video of the comedian speaking about the interview with Ellen (that went viral with almost 2.7 million views) showed him recalling the importance of people getting his name right.

In the video, he stressed on the fact that he was initially pressured by people to change his name to an ‘easier’ name that people would be able to pronounce when it came to his comedy performances. He admitted to introducing himself as Sean before realizing that he can negotiate and let people lean towards a closer version of his name, which was Has-saan (as Ellen first called him). Then he started feeling “weirder and weirder” about people mispronouncing his name which sparked the need to correct them.

He further touched upon the issue of Asian and South Asian communities in the US having two separate names: an American version and an Asian version (their real name) to fit into society. He commented on this issue saying “F*** that. Your name’s your name.”

He concluded his talk by noting the difference between his parents generation and our (the current) generation where the former is always “trying to survive” hence there’s a greater acceptability of things like having your name pronounced wrong. On the other hand, his generation advocates a more ‘trying to live and not just survive’ philosophy.

How we talk about black people is f***ked up: Hasan Minhaj