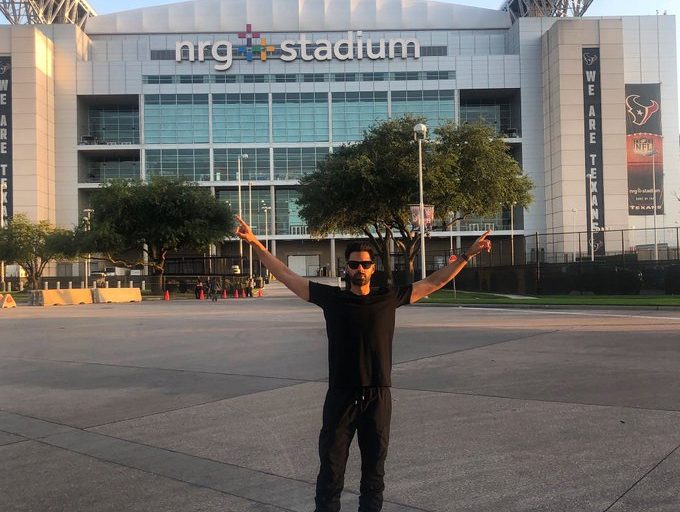 KARACHI: Indian-American comedian Hasan Minhaj was denied access to a rally held on Sunday at the NRG Stadium in Texas, Houston. The rally was for India’s current Prime Minister Narendra Modi, that was described as being a “profoundly historic event” by the American President Donald Trump.

According to the event producers of the rally, the comedian and his team lacked “press credentials” as well as a lack of space for them at the event. Videos posted on the accounts of Adam Matthew Weiss, the president and CEO of AMW Public Relations (AMWPR), showed Minhaj being given these excuses and denied entrance.

The comedian has often spoken out against the Indian administration as well as their treatment of the situation in Kashmir, which people are speculating to be the real reason behind not allowing him in the rally.

As India celebrates its independence, let's think about the people who don't seem to have any right now. #Kashmir pic.twitter.com/cGGoUcMbPw

According to some users this was an obvious act of Islamophobia against Minhaj as images of people who attended the rally showed ample space to accommodate him and his team.

Worth noting that these videos were posted to instagram by one of the event's publicists, Adam Weiss @adamMatthew; who in addition to flacking for @JudgeJeanine, @DonaldJTrumpJr & a laundry list of fascist clients like Milo Yiannopoulos; he's also stupid enough to post this.

1- I'm based in Houston where the #HowdyModi event is taking place right now. Instead of covering it live from the inside (like I did with Imran Khan's rally in DC), I'm having to watch the event online because my Dawn News press pass was denied for some bullshit, fake reason.

2- A few moments ago the news anchor on the ground just said: "Pakistan is invisible at this event".

Well, yes, because you censored and kept us out. #HowdyModi @dawn_com

Looks like I’m not the only Muslim journalist who was blocked from attending the #HowdyModi event today. Damn. https://t.co/qfeqlCTkY7