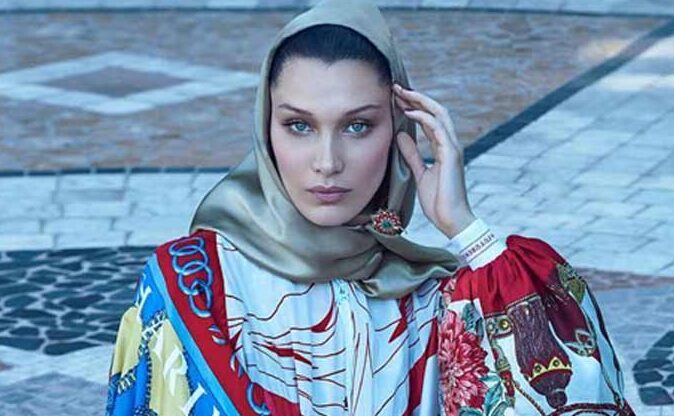 KARACHI: Islamophobia has been picking up pace around the world. Muslim women, specially, have been made target of discrimination. Only recently, there was a major outcry on social media following the hijab ban in India. Muslim women in France have been forced to take off their hijab on numerous occasions. Muslim women in other countries are being made to choose between receiving an education and practicing their religion. Following the movement against hijab across the world, Bella Hadid took to Instagram to condemn the act of discrimination.

In a series of posts, Bella Hadid emphasized on how wearing a hijab or taking it off should only be a woman’s decision. “To each woman’s body, stand their own opinion on what they should do with it. That is NO ONE’S decision except for theirs,” she wrote.

“I urge France, India , Quebec, Belgium, and any other countries in the world who are discriminatory against Muslim women, to rethink what decisions you have made or are trying to make in the future about a body that is not yours,” she continued. “It’s not your job to tell women what they should or shouldn’t wear, especially when it is pertaining to faith and safety.”

“Hijabi women in France are not allowed to wear their Hijab to school, to play sports, to swim, even on their ID pictures. You can’t be a civil worker or work in hospitals with a Hijab. To get an internship, most universities will say, the only way to get one is to take off the hijab,” she reminded her followers. “It’s ridiculous and really shows how Islamophobic the world is without even acknowledging it.”

“The egocentrics of a man to think for even for one second, that they have enough validity to make decisions for a woman in 2022, are not only laughable but actually sick in the head,” Hadid concluded.