Women to rise to power in Badshah Begum 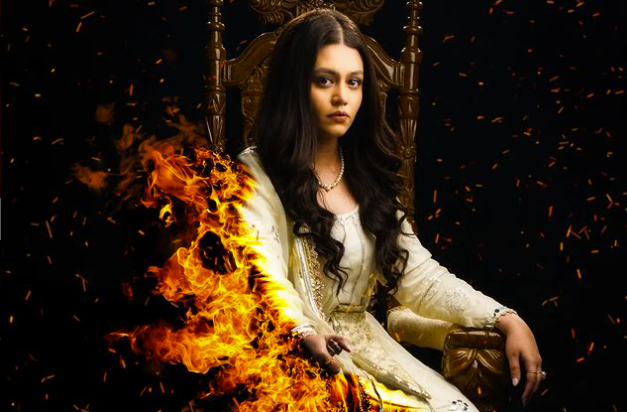 KARACHI: It’s always exciting when Pakistani dramas break away from the usual storylines and offer unique plots. And that’s exactly what the new Hum Tv drama Badshah Begum seems to offer. The new Momina Duraid production has a star studded cast which includes the likes of Zara Noor Abbas, Farhan Saeed, Ali Rehman Khan and Yasir Hussain and has been written by Saji Gul. So, what makes Badshah Begum a drama to look forward to?

To start off, the drama promises to show women in a position of power. In the very first teaser, we see Zara Noor Abbas as Jahan Ara, dressed up in regal clothes, wielding a dagger and proclaiming “Izzat ko hamesha aurat say hi mansoob kiya jaata hai, aur qurbaani bhi hamesha aurat ko hi deni parti hai. Shayad iss hi liye iss gaddi ko bhi sirf aurat ko hi zaroorat hai. (Honour is always associated with women, and they are the ones who are expected to make sacrifices. Perhaps that’s why this throne is also in need of a woman.)”

But there is always drama brewing in the background. We get a glimpse of Ali Rehman’s character, who is clearly not from the village life as Jahan Ara is. His presence puts our strong female lead into a dilemma of having to choose between being Badshah Begum or following her heart.

But that’s not the only plot line for the Badshah Begum drama. Where women rise to power, men are not too far behind in trying to pull them down. The fourth and fifth teaser trailers offer a harrowing glimpse into just how the power struggle between men and women will prevail. From women being manhandled and tied up to dirty politics being played out, we also get a glimpse of Yasir Hussain as the chilling antagonist of the drama. Considering how Jahan Ara is shown to be such a strong female figure, it will be exciting to see how she will butt heads with Hussain’s character.

Refreshingly enough though is the fact that the teasers show that not all men are trying to pull women down. We’re introduced to Pir Shahmeer, played by Hamza Sohail, who is seen raising his voice in support of the women rather than against them, which is a welcome change in such storylines.

Safe to say we can’t wait to see what the Badshah Begum drama has in store for us!