Where do single girls in Karachi go? 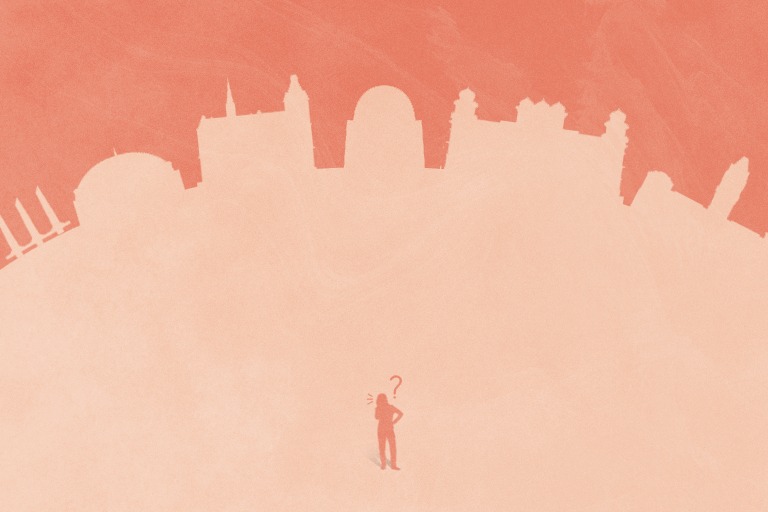 KARACHI: I can count on my finger tips the number of dates I have been on. Might sound sad for a 27-year-old but once you realize where I come from, even 7 dates sounds like an achievement.

First off, what even constitutes a date in Pakistan? Half of our lives are spent in ‘the talking stage’ where a girl and a guy are more than just friends, but both of them would rather take a bullet than admit they actually like each other. So they hang out. Not a date. Just a casual meet up that is followed by numerous phone calls to girlfriends trying to figure out whether the guy is actually interested or not. The same guy who often suggests ‘going with the flow’. Let’s just say, things don’t often flow in the direction a girl would prefer.

If you belong to a conservative family, the term ‘date’ is avoided almost as much as Harry Potter and his friends avoided saying Voldemort’s name in the last book. As soon as you say the word, a desi parent is going to appear out of nowhere and ask you to remove any such thoughts from your wish-list. Ironically, the last two dates I went on were set up by my family. Only difference is, my dad considered one of them to be a ‘meeting’ while he jumped at the idea of the second ‘date’.

You see, before I went to ‘meet’ person X, our families had already met. So clearly, the concept of a date dies out once families are involved. Person Y and I, however, were set up through a distant relative. The ‘cool’ aunt, as some might say considering that she actually pitched the idea of the two of us meeting alone before families were introduced.

“But this is a date!” my dad flinched at the idea of his daughter being alone with a man. “So was the meeting with person X,” I laughed, a joke which he did not appreciate. I actually looked forward to meeting person Y. The idea of both of us getting a chance to know and judge the other person sounded fair to me. So we went on a date. At a venue that my dad chose, because the one that Y suggested (a restaurant) was too romantic for my dad.

As luck would have it, we went to a super accessible venue on a Saturday afternoon. Which meant that half of Karachi was there with us. Which then meant that Y and I ended up sitting on a table of six, since no other spot was empty. The conversation was actually nice. Not awkward. Not forced. Almost natural.

Speaking of nature, the idea of the two of us being alone didn’t seem to sit well with the aunties either. While we’re talking, a middle-aged woman who is busy on her phone walks up to us, looks at me, and gestures towards one of the empty chairs. Assuming that she wanted to borrow it, I nodded, expecting her to walk away with the chair. Which she didn’t. Instead, she pulled the chair out and sat down on our table, all the while continuing to speak to someone on the phone. Y and I tried to control our laughter, ignored her existence just as she had conveniently ignored ours and continued talking. Until one of the servers walked up to the lady and reminded her that sharing a table was not allowed during COVID times (or any other time, for that matter).

In a way, I am grateful to my family for setting me up on the last two dates. Even if things didn’t work out, I got a good laugh out of both of them. It was funny how the concept of a date had become a family matter in the house, and the person who was least interested in any of it was me. Truth be told, I don’t have the patience it takes to deal with men. I am also not a fan of getting to know new people, or opening up about my life in front of strangers. My social battery rarely lasts long and I enjoy my own company the most.

I also happen to work at an organization that is majorly led by women. I went to an all-girls school for eleven years. The interaction I did have with boys during my early 20s was enough to make me run in the opposite direction. Always having been super judgmental about people who use dating apps, that was also a no-go area for me. Until the pandemic began.

It was May 2020 when I went against everything I ever stood for. We were neck-deep into the pandemic and social media was the only way to kill boredom. Feeling particularly experimental and running out of options to ruin my life, I joined Tinder. I had already dyed my hair red and survived that, surely I could live through this too? Boy, was I wrong.

Four days into the app, I felt like I had seen everything this country and its men have to offer. I was only on Tinder for research purposes. Dating was the last thing on my list at the time. The fact that my bio literally read “Don’t.” should have been proof enough. While the app had limited options to swipe right to, it somehow also had every type of species on it. In less than a week, I was able to reach a hypothesis about men in Pakistan: They are not made for dating.

One particular guy got right down to business after we matched. He asked for my insta handle immediately (we all know what for) and when I said no, he said goodbye and we unmatched. Might have been an idiot but at least he didn’t waste my time? Unlike person R, who spent enough time talking to me that I ultimately let him ‘slide into my DMs’, only for him to ghost me later. The man who was super fast on Tinder would now take two business days to reply. And he wanted me to believe that he couldn’t reply because he was baking banana bread at 4 am. Right. Or maybe he was. It was the beginning of the pandemic, who even knew what anyone was doing?

Getting into the rhythm of either being ghosted by guys or fighting with them on Tinder, I convinced another friend of mine to join the app. To sort of mess with guys on the app, we agreed to match with the same people. Which is when we ran into our own Simon Leviev of Tinder Swindler fame.

J belonged to Islamabad. Unsurprisingly, he went to LUMS which made it super easy for me to get a background check done on him. My best friend was in the same batch as him and she had loads of stories to tell. Pretending to know nothing about him, I continued to talk to him. He was smart, an intellectual if you want to call him. He was interested in my writings, didn’t seem too bad at words himself. Eventually, he gave me his number, asking me to drop him a text whenever I was in Islamabad next and he would take me out for pizza. Cute, right? Except that he was saying the same thing, at the same time, to my other friend who had intentionally matched with him.

My friend and I played the game for a few hours before I burst his bubble. Almost embarrassed by his lack of creativity, I advised him to put in a little more effort into his matches next time. That’s right, I gave a stranger relationship advice on Tinder. And then I deleted the app and never looked back.

So where do single girls in Karachi go? Even if we were open to the idea of dating, where do we find people? How do we ensure we will be safe in a stranger’s company? Where do we go where the rest of Karachi won’t follow us around? How long do we wait before agreeing to go on a date with a new person? Will we be seen as desperate if we initiate the conversation ourselves? How do we find love? Should we even be searching for it? Or will it eventually find us, sitting behind our computers, sipping a cup of tea, recalling all the times we did not want to be found?