While audiences wait for the drama to release on January 9, the singer-turned-actor's fans are in for a treat 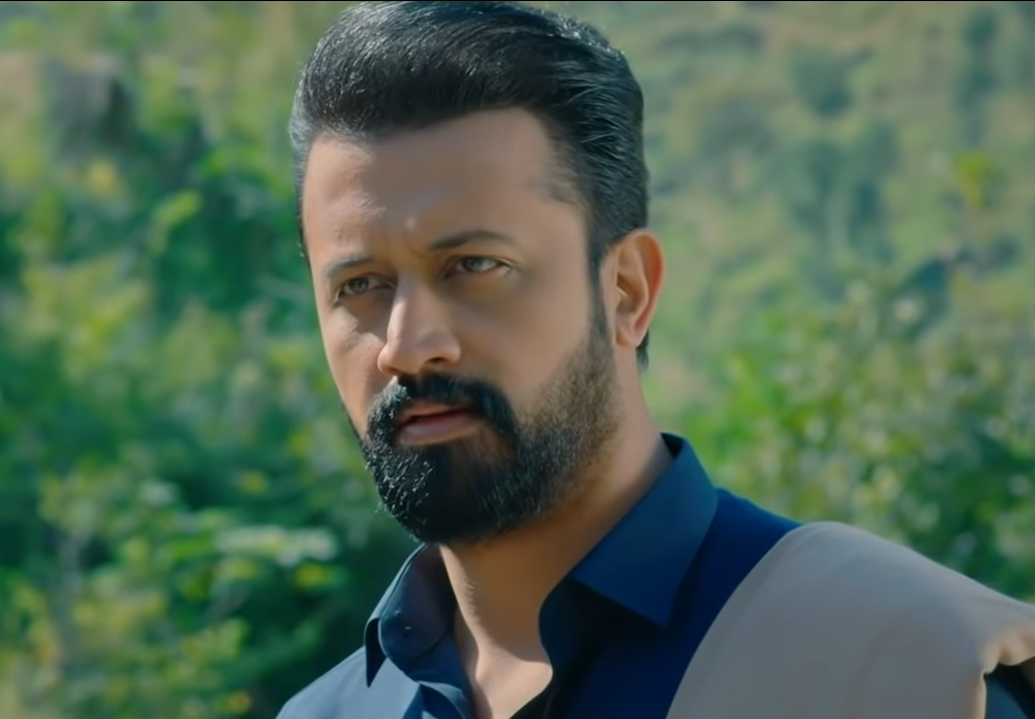 KARACHI: Excitement levels could not be higher for fans of Atif Aslam two days before the release of his debut drama, Sang-e-Mah and to add to their anticipation, the show released its official OST just yesterday. When the teasers of the drama were released, we expected Aslam to stand out and own the screen like he owns the stage but with the 5-minute-long OST released, it is going to be hard to look at anyone but Atif Aslam when Sang-e-Mah goes on air.

In the soundtrack, we witness Aslam bring back his soulful voice to perfectly fit the lyrics penned by Fatima Najeeb. With the harmonious composition by Sahir Ali Bagga, the song truly makes listeners lose themselves in the track. Aslam’s voice is soothing to the soul but it also carries the pain that his character and others are going to feel in the drama.

Sang-e-Mah seems to deal with the themes of love, loss and revenge. We see a certain tension between Atif Aslam and Kubra Khan’s characters while Sania Saeed rises like a queen with her aura as she rides a horse in various shots. With powerhouses like Saeed and Noman Ijaz in the house, it is difficult to stand one’s own but surprisingly, Aslam pretty much rules the screen in what we have seen of the drama so far.

In the OST, we see Aslam dancing, shooting, laughing, crying and even losing his mind towards the end. The range and complexity of emotions that we see him convey makes it hard to believe that the singer has never acted for the small screen before. While Aslam’s role in the project is definitely one to look forward to, it will also be interesting to see what the cast as a whole has to offer once the drama goes on air on January 9. The first episode is also being released in cinemas on January 8, for those who would like to watch the show on the big screen.