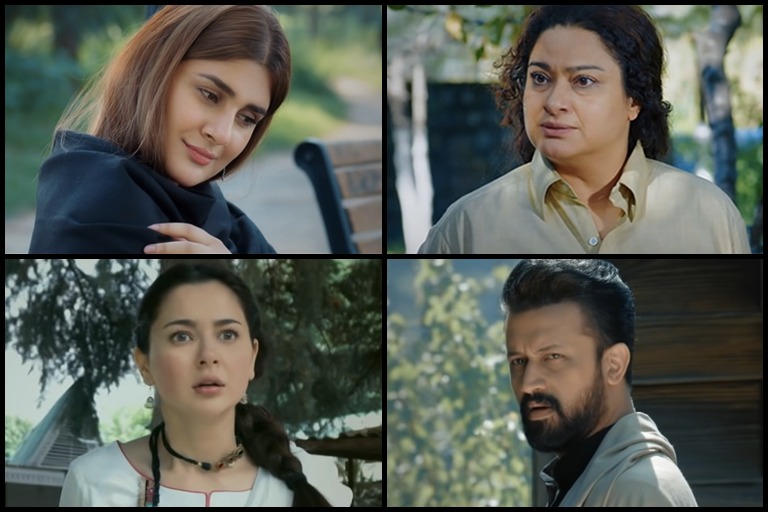 KARACHI: It is always exciting news when a brilliant storyline and its cast return for a sequel. Combine it with a superstar’s small-screen debut and the project is bound to have fans ecstatic. A similar response was received when the 2016 superhit drama, Sang-e-Mar Mar hinted towards a trilogy. While no release date has been announced yet, the sequel, Sang-e-Mah has released two teasers which hint towards an intense storyline. Perhaps the most exciting bit is Atif Aslam’s character which marks the singer’s television debut. Aslam was last seen acting in the movie, Bol, in 2011.

In the teasers of Sang-e-Mah, we see Aslam in an avatar that stands in stark contrast with the personality of the singer-turned-actor. Hilmand comes across as a mobster who is out to seek revenge for his father. We see Aslam nail the sternness of his character with his tone while his appearance sits well with the rural settings as well.

The teasers also introduce Hania Amir has Gulmeena and Zaviyar Ejaz as Hikmat. A few familiar faces to return from Sang-e-Mar Mar are Sania Saeed, Noman Ijaz and Kubra Khan. Saife Hassan who directed the first drama and Mustafa Afridi who penned it have also fulfilled the same roles for the sequel.

Expectations are bound to be high given the success of Sang-e-Mar Mar and even without a release date, Sang-e-Mah seems to have gathered the same hype. Atif Aslam and Zaviyar Ijaz, specially, have added pressure on their shoulders to not just do justice to their characters but to stand out amongst the other A-list cast members who are bound to bring their A-game to the project.