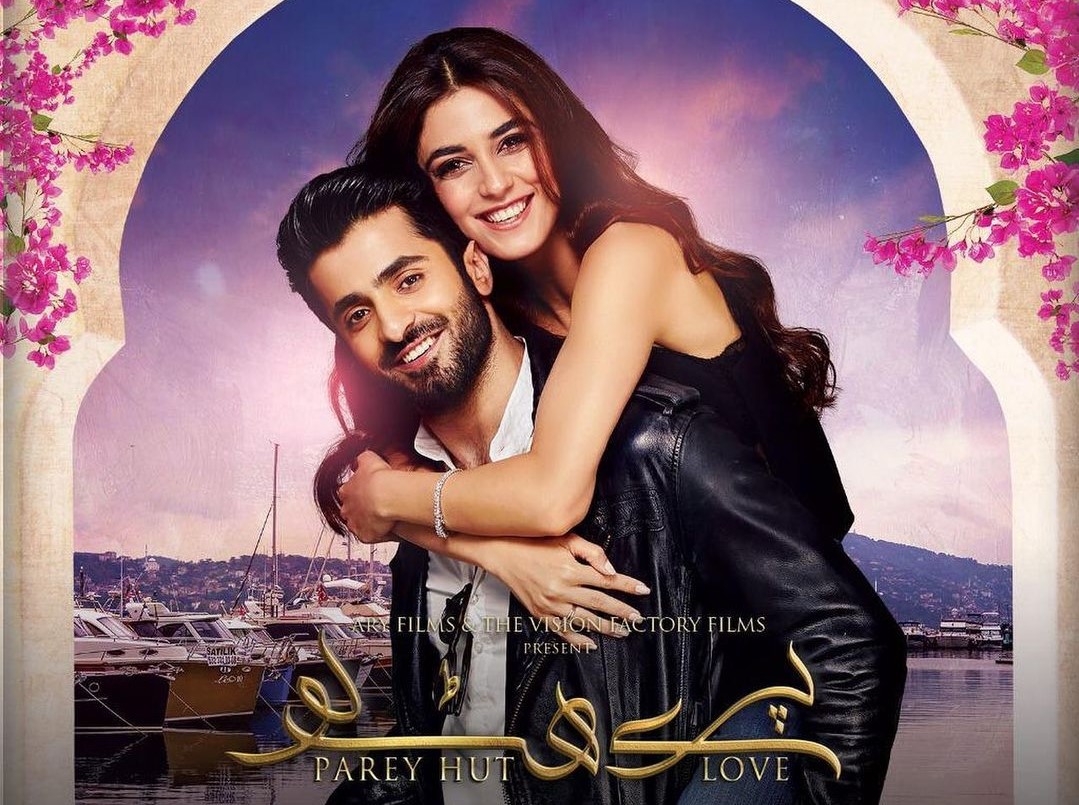 KARACHI: Just when we thought people had gotten over Parey Hut Love and newer films were going to steal the show, the 2019 film has bagged yet another award. The Asim Raza directorial received the award for Best Film on Wholesome Entertainment at the Indus Valley International Film Festival arranged by South Asia Forum for Art & Creative Heritage (SAFACH). The festival presented by SAFACH from December 18-23, 2021 was South Asia’s first borderless travelling film festival. Asim Raza took to Instagram to share the news and congratulate his team.

Parey Hut Love received massive appreciation not just for its cast but also its wardrobe, cinematography, songs and the overall scale of the film. Sheheryar Munawar and Maya Ali became an audience favourite with their on-screen chemistry, which they later replicated in the 2021 drama serial, Pehli Si Muhabbat. ‘Haye Dil Bechara’ continues to be one of the most played songs at desi weddings while ‘Morey Saiyan’ has been a popular choice for Mahira Khan’s performances at award shows since the film was released.

The 2021 award is also not the first one that the film has received. In 2020, the film was nominated under 8 categories at the PISA Awards and won 5 of them including Best Director for Asim Raza and Best Actor for Sheheryar Munawar who also co-produced the film.

The movie was also nominated under 5 categories at the 2020 Lux Style Awards with Ali Tariq taking home the award for Best Playback singer for his song ‘Behka Na’.