Movies you can binge watch on New Year’s Eve

If you're a homebody and events such as New Year's Eve don't serve as an excuse for you to go out and party, then you'll probably appreciate this list of movies to binge watch instead. 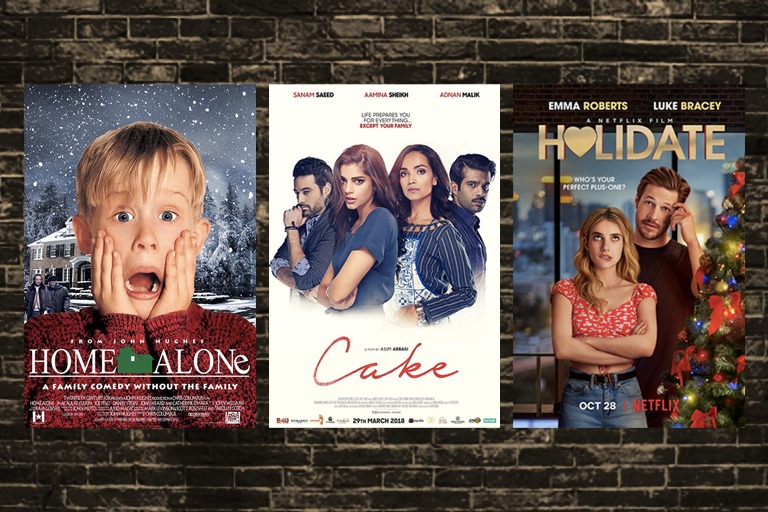 KARACHI: Some people plan to party their way into the new year. While others can’t imagine leaving their cozy blankets and warm beds at any cost. If you’re the latter, as the New Year dawns upon you you’re probably on the lookout for some good movies to binge watch. That’s where we’ve got you covered. We’re here to help you enter into the new year with movies from all genres to keep you entertained.

1. Horror: When a Stranger Calls

If you’re home alone while everyone is out partying to celebrate the new year, what better way to enjoy the solitude than with a horror movie? This 2006 horror thriller will definitely give you the creeps. When 16 year old Jill is forced to babysit as punishment for overusing her phone, what was meant to be a boring night of watching over two kids, turns into something more sinister. Jill begins to receive unsettling phone calls, where the caller doesn’t speak and hangs up. The calls become concerning when the caller claims to be able to see her and the house alarm goes off and Jill is forced to deal with the knowledge that the caller might be inside the house with her.

Being home alone isn’t always doom and gloom, just ask Kevin McCallister. When Kevin finds himself home alone after wishing that his chaotic family would disappear, he’s overjoyed. But soon enough he learns that his freedom comes with a price. Between a neighbor who might be a serial killer and two criminals who are hell bent on breaking into his house, Kevin never imagined that this would be how he would be spending his holidays! Funny, wholesome and family friendly, what better way to spend the new year’s than with the first of numerous Home Alone movies?

If you hate the holidays because it’s the time of the year when your family reminds you of how single you are, you are going to love Holidate. Starring Emma Roberts and Luke Bracey, the movie follows two single people who are down on their luck with love. Having to face constant humiliation at the hands of their family for being single, the two have had enough. In order to get by the New Year unscathed, the two decide that they’re going to be each other’s platonic dates just for the holidays. But life can’t be all that simple, how can it?

Holidays can be overwhelming especially when your entire family is gathered under one roof. If this new year your family is getting on your nerves, then what better way to celebrate the new year’s and family than with one of the best Pakistani movies? Cake stars some big names including Aamina Sheikh, Sanam Saeed, Syed Mohammad Ahmed and Adnan Malik. The movie will make you laugh and will make you cry. But more importantly it will make you relate to the characters and their struggles in life and will make you value family more than ever.

In a dystopian future, the world has frozen up and only those abroad the Snowpiercer have survived. The train, which is going in an endless loop, is divided into different classes and the lower class is done with living in squalor. Under the leadership of Chris Evans, the a group decides to revolt and they do so just in time for the new year.