Produced by Samaaj, the animated series will tackle the issue of child sexual abuse over 10 episodes, starting from December 17 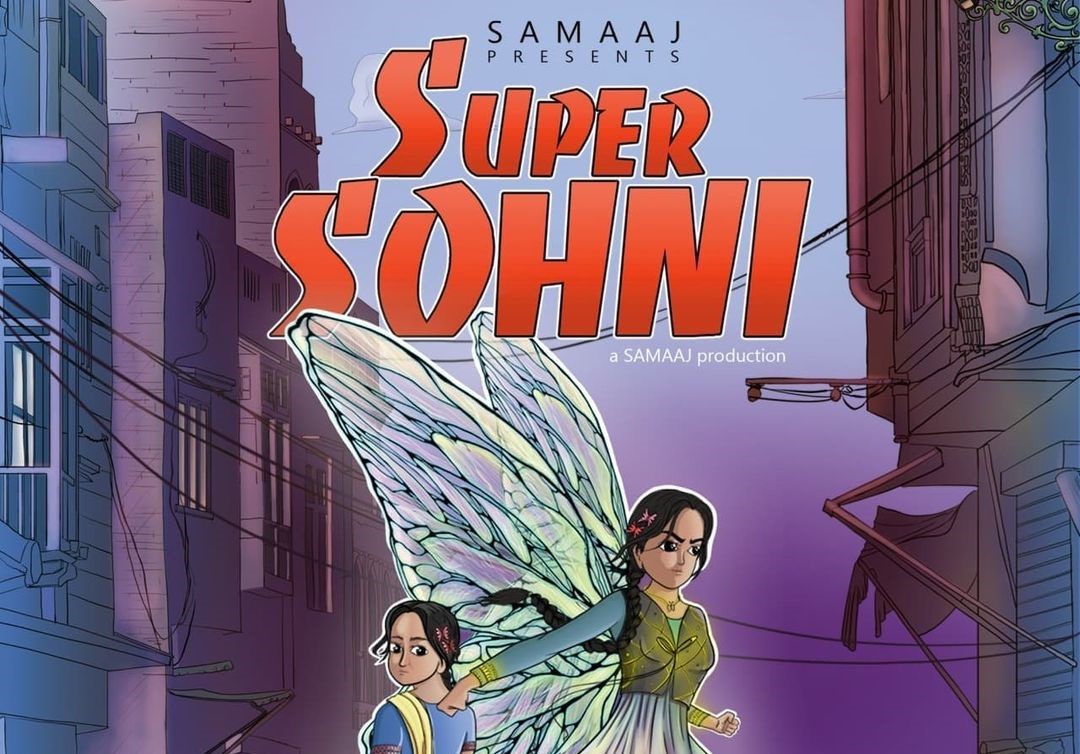 KARACHI: Child abuse continues to be a major crime committed in Pakistan with many children too young or unaware to understand what is happening. Perhaps one way to educate children and masses in general is through cartoons and films. To tackle the issue of child sexual abuse in a way that is understood by most, Pakistani superhero ‘Super Sohni’ will address the crime and fight perpetrators in an upcoming web series. The series is an initiative of Samaaj, a women-led organization focusing on gender equality and freedom of expression.

‘Super Sohni’ will be spread out over 10 episodes, with one episode releasing each week. The first episode is set to release on December 17. From the teaser released so far, Sohni is a fairy, or rather a superhero with wings, who keeps an eye out for perpetrators and rushes to children’s rescue every time there is a risk. The series’ focus seems to be on girls who made targets of sexual abuse.

What is exciting about the series is that not only are Pakistani creators getting more comfortable with animated productions but through the superhero, Sohni, also painting an accurate picture of our society. Criminals or pedophiles are not always strangers, they can even be a relative or a someone a child closely knows. Crimes are often committed by people we least suspect but addressing such issues continues to remain a taboo in Pakistan.

Through the efforts of organizations like Samaaj, we can hope towards making this world a safer space for children.

To learn more about the organization and what they do, visit samaaj.net.